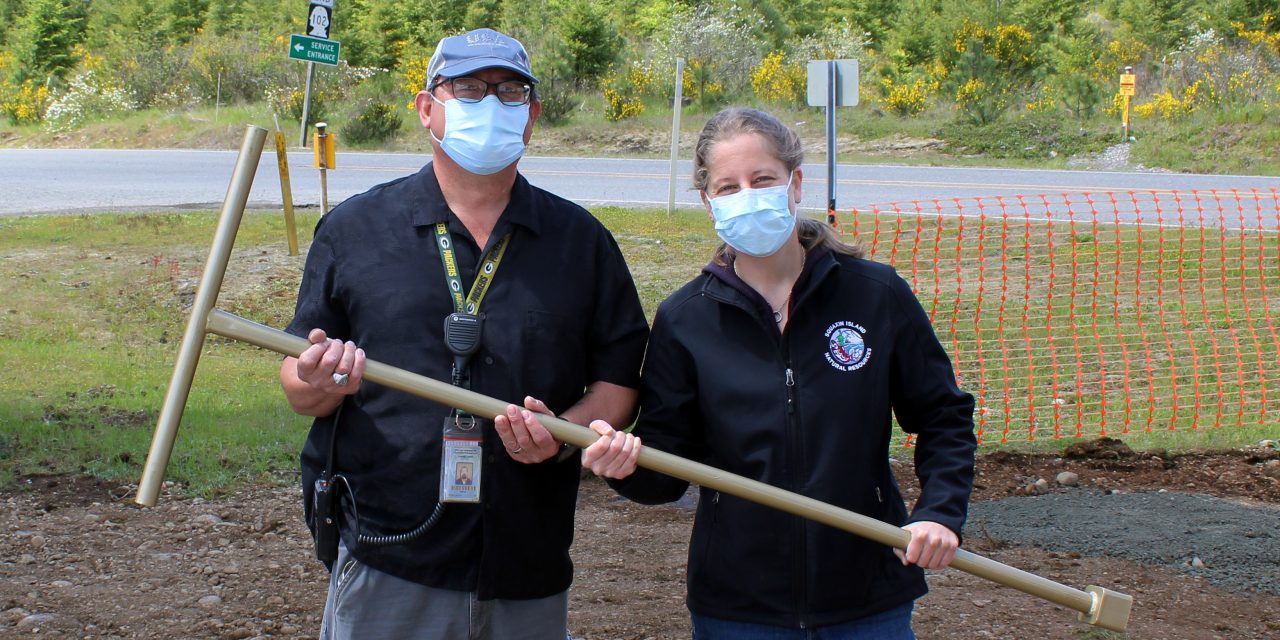 The Squaxin Island Tribe has partnered with the Washington Corrections Center in Shelton to ensure the corrections facility uses more treated wastewater—and less water from the local aquifer—for day-to-day uses.

Decades in the making, the project will save millions of gallons of water each year. That’s particularly good news for coho salmon in Goldsborough Creek, an already rebounding population expected to get a further boost from greater water flow, now that the corrections facility is drawing water from another source.

“Whatever reclaimed water they’re using, they’re not pumping from their wells, and those wells pull water away from the springs feeding Goldsborough Creek,” said Erica Marbet, a water resources biologist for the tribe. “The more water, the more fish. In late summer, you can’t have too much water in there. Any additional amount is good for fish.”

The tribe spent years promoting the project, which involved directing state Department of Ecology funding to the Washington State Department of Corrections and the city of Shelton. The city made plans to store additional reclaimed water, and Corrections put pipes in the ground. The funding will help Corrections use reclaimed water—wastewater treated to “almost drinkable” at Shelton’s reclamation plant—for uses such as irrigating crops, cleaning laundry and washing vehicles.

Corrections’ use of reclaimed water could reduce its aquifer consumption by 55,000 gallons a day and 21 million gallons a year.

“That’s enough to fill 178 million water bottles every year,” said James Chavez, the construction project coordinator. “The reduction we’re looking at is going to have a positive impact on the flows of the North Fork of Goldsborough Creek and the fish and wildlife it supports.”

The project’s pumps were turned on in late May.

The tribe was among the partners who conceived the initial construction of the water reclamation plant in 2009. An additional step, the construction of a storage facility to allow greater flexibility in the use of reclaimed water, has been designed and is awaiting construction.

Marbet said she’s grateful for the work the tribe and its partners did before she got involved and helped secure Department of Ecology funding. She’s excited for the partnership to continue and benefit the community at large.

“The tribe’s role is to push for better protections for treaty resources, but that also benefits everybody who lives in Mason County and South Puget Sound,” she said.

Above: WCC Construction Project Coordinator James Chavez, left, and Squaxin Island Tribe Hydrologist Erica Marbet hold the key they used to turn on the pipes for the prison’s water reclamation project. The tribe directed money from the Department of Ecology to DOC to help fund the project. Photo: Robert Johnson, Department of Corrections. Story: Trevor Pyle

Treaty Rights at Risk in the MintPress