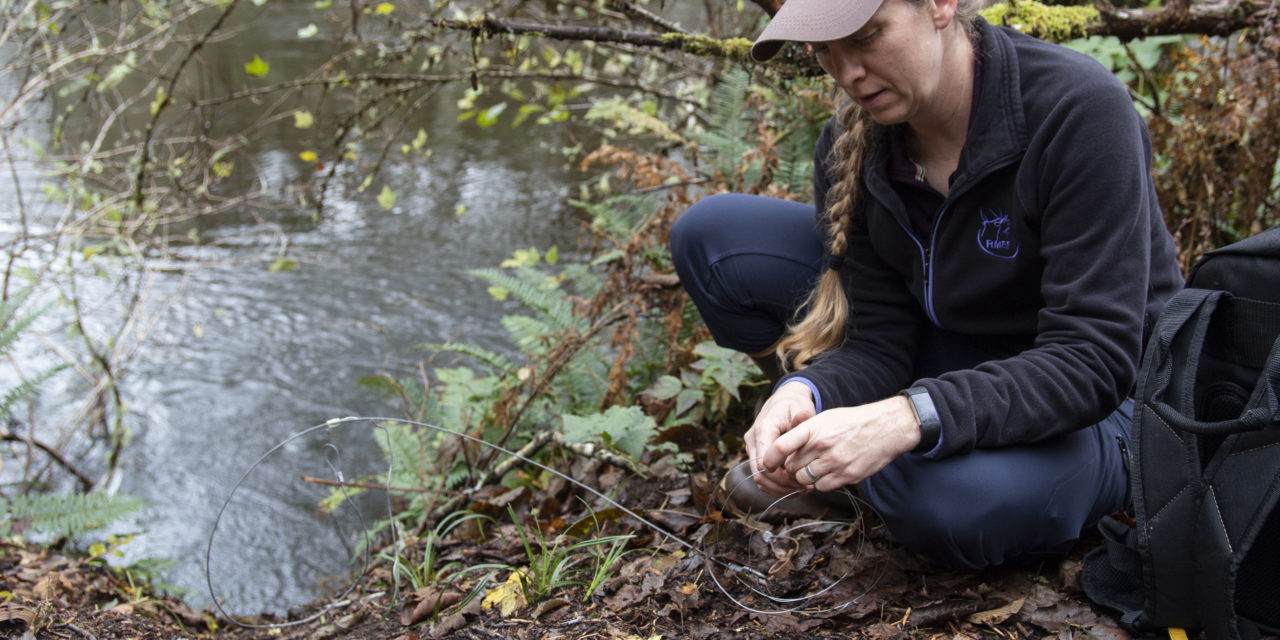 The Makah Tribe is collecting river otter scat, hair samples and habitat data to learn more about the population in the Lake Ozette watershed and their influence on the lake’s sockeye salmon population.

The tribe’s wildlife staff has been working along the shores of Lake Ozette and on the banks of the Ozette River, Umbrella Creek, Big River and other smaller tributaries that feed into the lake.

The staff has been partnering with otter researchers from the University of Wyoming for a three-year study, through 2020, to monitor more than 40 otter latrines and set roughly 35-40 hair snares seasonally. Otters use the same locations for latrines, typically on logs, rocks, beaches or river banks, making it easier for scientists to track them.

Latrines and snares are monitored up to 14 days during specific sampling sessions. The hair snares are modified otter traps that free the animal once it has passed through and snagged a small sample of hair.

Scat is recorded and collected at latrine sites and a dab of biodegradable glitter is used to mark old and collected scat when the latrine has been checked.

“The idea is to determine the impact otters have on Lake Ozette sockeye by looking for salmon bones and other prey species in the scat samples,” said Shannon Murphie, a Makah wildlife biologist. “The hair samples will provide DNA to give us an idea of where individual otters are going. Are they staying in one area to feed or do they move throughout the watershed, depending on prey availability?”

Sampling occurs three times a year: during otter mating season in the spring; when sockeye return to the lake in the summer; and when the sockeye spawn in the fall.

“We selected the sampling periods to coincide when both sockeye and the otters are most active in the system,” Murphie said.

Lake Ozette sockeye are listed as threatened under the Endangered Species Act and are genetically distinct from other sockeye populations. They are typically larger as smolts and adults. Since they return to the lake from the ocean earlier than other sockeye, they hold in the lake from June through November before spawning.

Canoes Take Off For Annual Journey This Week