Opportunities dwindle for treaty steelhead harvest on the Skagit River 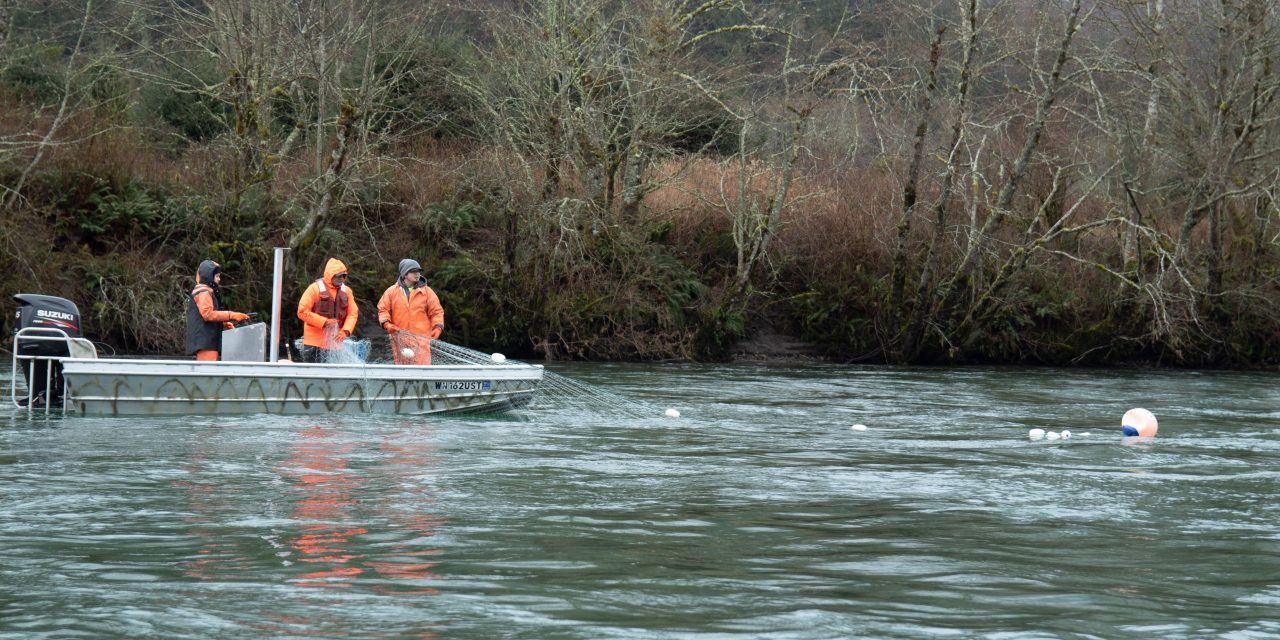 “It was pretty sad we fished for hours for those two steelhead, but I will cherish the opportunity to be on the river with my kids and I hope they remember today when I’m gone,” said Schuyler, who is also the tribe’s natural resources director.

Another brief fishery was scheduled for March. These opportunities to harvest steelhead are scant in comparison to 20 years ago, when the Skagit River run could sustain close to 50 days of tribal fishing for about 20 fishing boats.

As the fish populations decline, so does the number of fishing boats.

“The cost is high to get on the water,” Schuyler said “A lot of fishermen’s gear is in disrepair. It makes it harder and harder to keep fishing.”

One of the main reasons for the decline of salmon and steelhead across the region is the loss and degradation of spawning and rearing habitat. Steelhead in particular use harder-to-reach habitat, and could benefit from improved fish passage around the hydroelectric dams operated by Seattle City Light on the Skagit River.

Upper Skagit is among the group of tribes and other agencies calling for Seattle City Light to study the impacts from the Skagit Hydroelectric Project on all anadromous Skagit River fish species. Among the disputes is whether there is a natural fish passage barrier downstream of the Gorge dam bypass reach. Seattle City Light says fish have never been able to access that habitat, but tribal staff and others have observed adult steelhead and coho salmon fry in the bypass reach.

Seattle City Light has begun a relicensing process to continue operating in the Skagit River. Before the license is approved, Upper Skagit has asked the utility to look into the feasibility of removing the Gorge Dam, one of the three dams operating on the Skagit River.

Opinions from over the weekend on culvert case