The Northwest Indian Fisheries Commission has released its 2020 Annual Report, detailing the work of its 20 member tribes to co-manage natural resources in western Washington and exercise their treaty-protected rights. 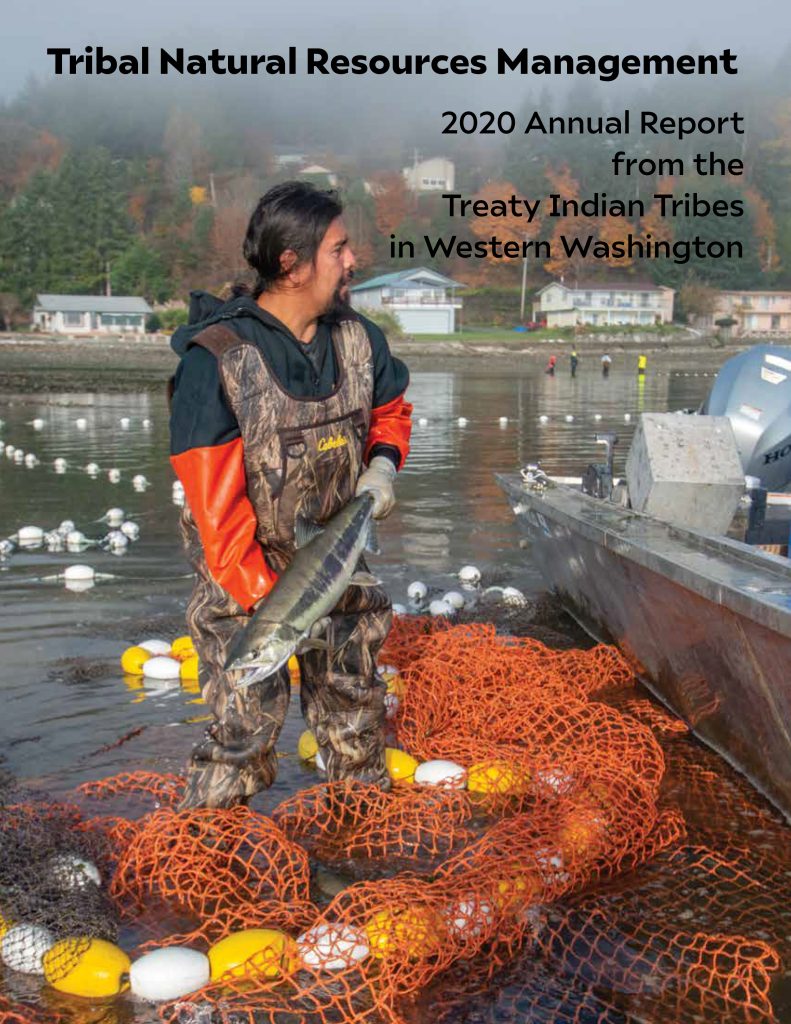 The biggest challenge is developing fisheries in the face of declining salmon habitat that is being lost and damaged faster than it can be restored. That factor is being further complicated by climate change, the needs of southern resident orcas, and an explosion of seal and sea lion populations.

Struggling chinook stocks from the Stillaguamish and Nooksack rivers as well as Hood Canal resulted in limited fisheries in some areas. There also were low returns of coho, chum and pink salmon throughout the region.

The needs of southern resident orcas also must be factored into the co-managers’ salmon season decision-making. Like the chinook salmon they depend on, their population continues to steadily decline.

California sea lion and harbor seal populations in western Washington have exploded in recent years. The co-managers agree that we must gather data on the populations, diets and ecological impacts of seals and sea lions to ensure that their management supports recovery efforts for salmon and southern resident orcas.

As the job of managing salmon is more difficult every year, each management decision that the tribes and state make as co-managers requires increasingly careful consideration and closer coordination.

Despite the challenges we face, the treaty tribes in western Washington remain committed to recovering salmon and their habitat, and restoring a balanced regional ecosystem. But that commitment comes with a caution.

As our late leader Billy Frank Jr. said: “As the salmon disappear, so do our tribal cultures and treaty rights. We are at a crossroads and we are running out of time.”

The News Tribune: Voights Creek Hatchery in Orting is not on closure list

Keep Our Seafood Clean: Puget Sound Partnership on the fish consumption rate (and a video)