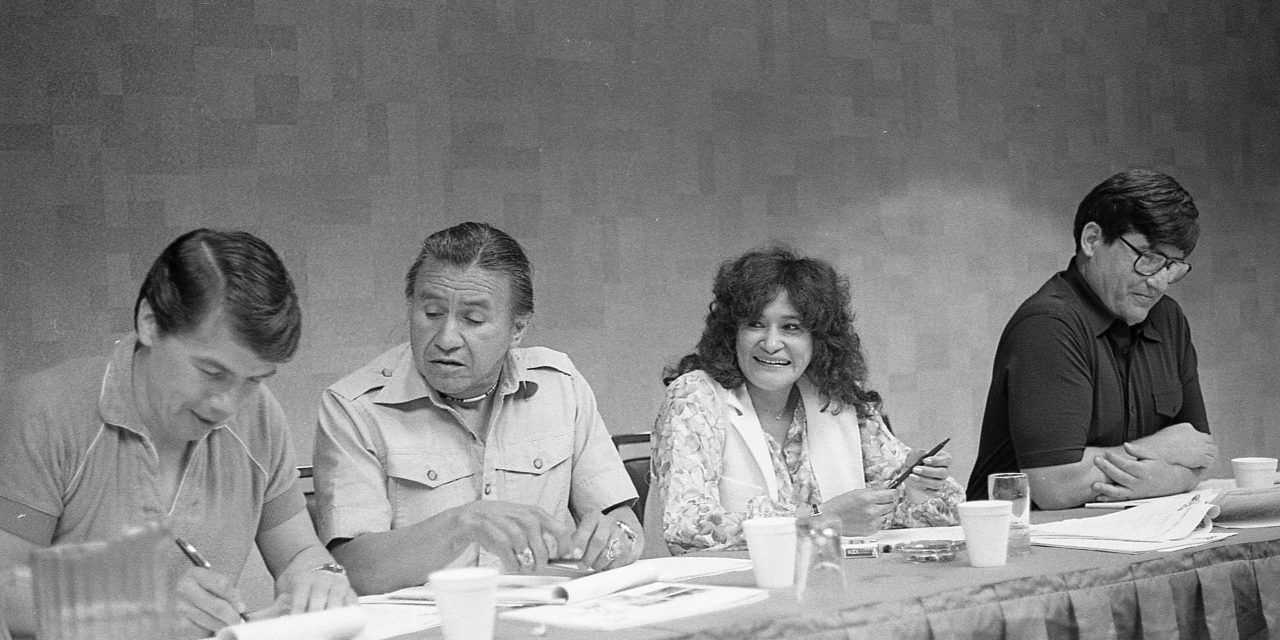 Loomis became fisheries manager for the Swinomish Indian Tribal Community after the 1974 Boldt decision that reaffirmed tribes’ treaty-protected fishing rights. She began working in fish processing in 1970, and thought fisheries management would be easier than working 14 to 15 hours a day, seven days a week.

She was wrong. For the rest of her life, Loomis worked tirelessly to fight for treaty rights, not only for the Swinomish Tribe, but for all of the treaty tribes in western Washington.

Loomis served as NWIFC commissioner for more than 40 years. She served as vice chair from 1995 to 2014, when she became chairperson following the passing of Billy Frank Jr.

“I love fisheries management,” she said at the time. “When we have a fishery opening – and salmon fishing is not open a lot these days – you see the happy faces of the tribal fishermen. You know you have done your job. I live for that. It’s my life.” 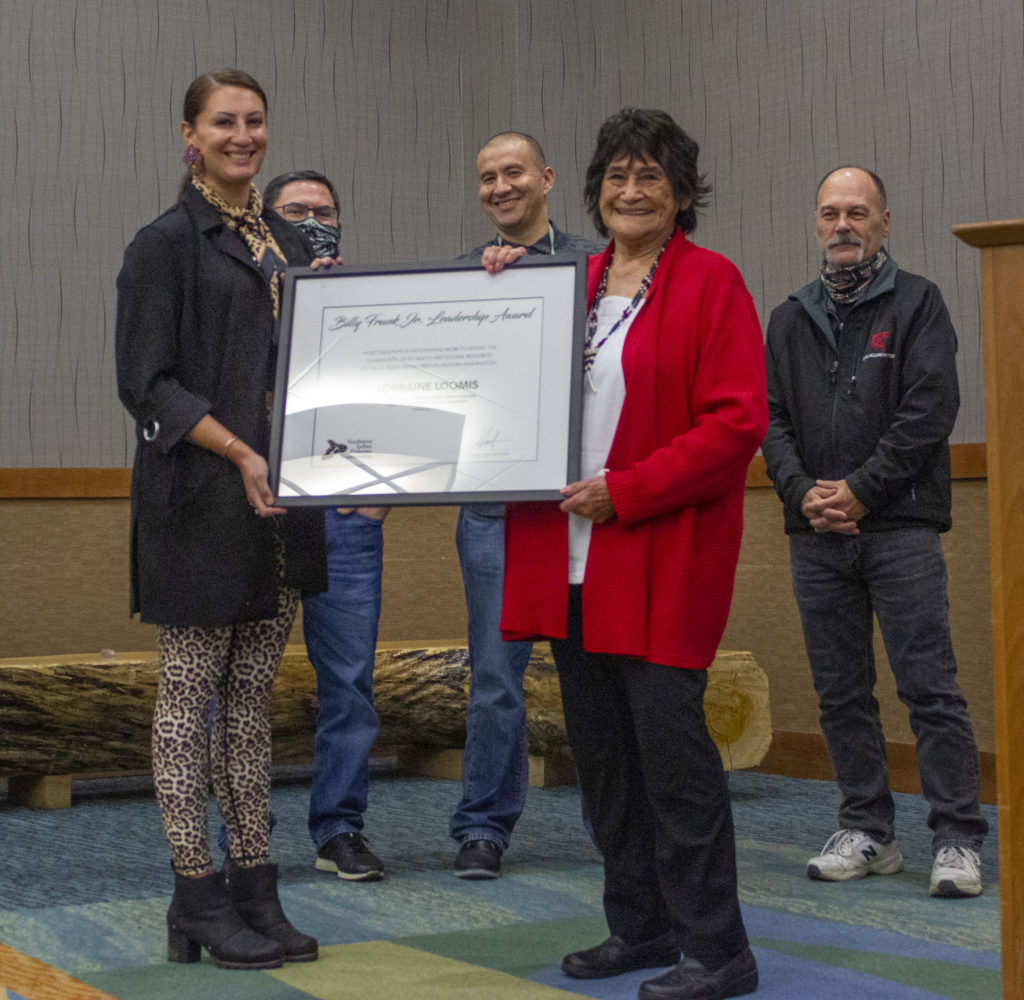 In October 2020, Loomis was honored with the Billy Frank Jr. Leadership Award for her decades of work defending treaty fishing rights. The award recognizes initiative, commitment and accomplishment in protecting tribal sovereignty and natural resources in western Washington.

“Our hearts are heavy with the loss of Lorraine Loomis, who dedicated her life to defending tribal treaty rights,” said Justin Parker, NWIFC executive director. “Our thoughts are with the Wilbur family and the entire Swinomish Indian Tribal Community. She also was the matriarch of the Northwest Indian Fisheries Commission family, leading us for decades in fisheries management.”

In addition to being the lead negotiator for tribes in the North of Falcon salmon fisheries planning process with the state of Washington, Loomis was involved in developing and implementing the U.S./Canada Pacific Salmon Treaty and served on the Fraser River Panel that manages sockeye and pink salmon.

“We have been rocked by another tremendous loss,” said Stillaguamish Chairman and NWIFC Vice Chair Shawn Yanity. “Prayers for the family and all of us. Her powerful leadership, guidance, friendship and presence will be missed.”

“I can’t put in words how much I’m going to miss her spirit in my world,” said W. Ron Allen, Jamestown S’Klallam Tribal Chairman/CEO and NWIFC commissioner. “She made a difference for all of us just like Billy. Now we have both their spirits to keep us moving forward to protect and restore our salmon.”

In her first Being Frank column after becoming NWIFC chairperson, Loomis wrote: “None of us tribal natural resources managers are working for today. We are all working for tomorrow. We are working to make certain there will be salmon for the next seven generations.”

Above: Lorraine Loomis sits beside Billy Frank Jr. at a NWIFC meeting about 40 years ago. 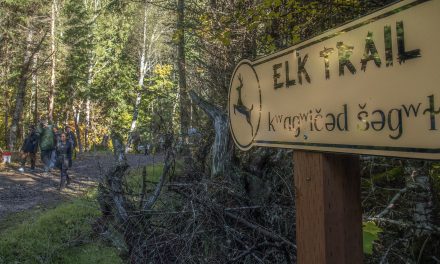 Legislative Updates for the Week

Tracking The Molt Cycle In The Strait Of Juan De Fuca