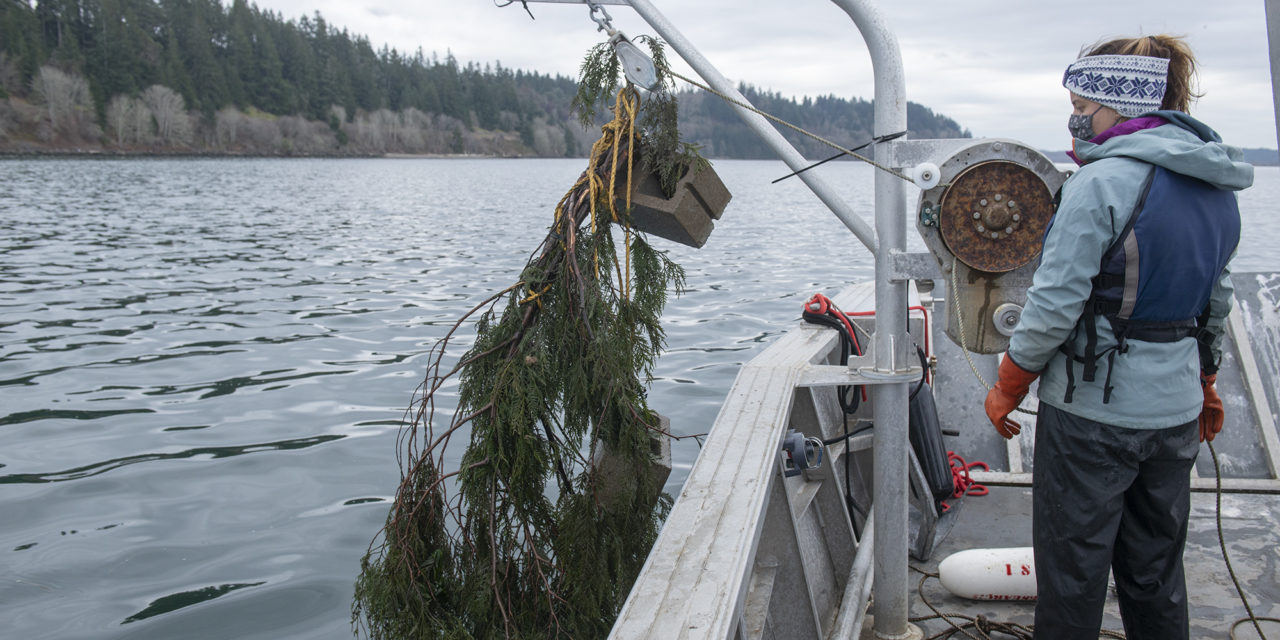 The Nisqually Tribe is testing whether sinking cedar boughs and evergreen trees near the mouth of the Nisqually River will attract spawning herring, as their ancestors did.

The traditional practice could be a way to improve herring numbers in South Puget Sound.

“My mother loved the herring eggs,” said Don McCloud, Nisqually tribal member. “But by 30 years ago, we had to rely on our friends in British Columbia to bring her eggs because we just didn’t see the herring around here anymore.”

Herring are small, oily fish important to the entire marine food chain, including salmon, seals, sea lions and orcas. They also give marine animals an alternative to eating salmon and steelhead, which would help protect threatened species.

“While we were finding herring in our research of the Nisqually River estuary and bays around it, we don’t know if they are a distinct population or ‘strays’ from one of the two known stocks of herring in South Puget Sound,” said Chris Ellings, the tribe’s salmon recovery manager. “We also know that there have been large-scale changes to the habitat that herring use to spawn, primarily eelgrass and bull kelp. For example, many of the bull kelp beds that were noted on old maritime charts are no longer there.”

The tribe decided to inventory the eelgrass beds in their traditional areas and any herring spawn they found. Additionally, as a pilot project, cedar boughs and evergreen trees were sunk in areas where elders used to do the same and harvest the bounty.

“Herring spawn well into the spring, so while we aren’t finding herring eggs on either the eelgrass or sunken boughs yet, it’s still early,” Ellings said. “Other creatures are laying their eggs in both eelgrass and the sunken boughs, however.”

The surveys take place about once every 15 days in late winter, then every 10 days as the weather warms and herring spawn more quickly.

The Washington Department of Fish and Wildlife (WDFW) surveys herring spawning throughout Puget Sound, but not the area around the Nisqually delta.

“While they haven’t been surveying Nisqually, we found a partner in Long Live the Kings to help us do the rake survey method that WDFW uses to survey eelgrass and herring spawn,” Ellings said. The tribe provides a boat and biologist to find the eelgrass beds, and Long Live the Kings representatives perform the rake survey to identify all the plants and creatures found.

“We know there has been a decline in eelgrass and kelp that parallels the armoring of the bank for the railroad with lots of rock,” Ellings said. “That loss of sediment input means there isn’t a lot of healthy bottom for those plants to tether to in those areas.”

The surveys find healthier populations of eelgrass near areas that are not armored. The tribe hopes the traditional knowledge and the surveys might help jumpstart the herring population in South Sound.

“Elders have been talking about that history to me for 30 years and really want there to be healthy stocks of herring to bring that food back to their table,” said David Troutt, the tribe’s natural resources director. “They would love to see it.” – D. Preston 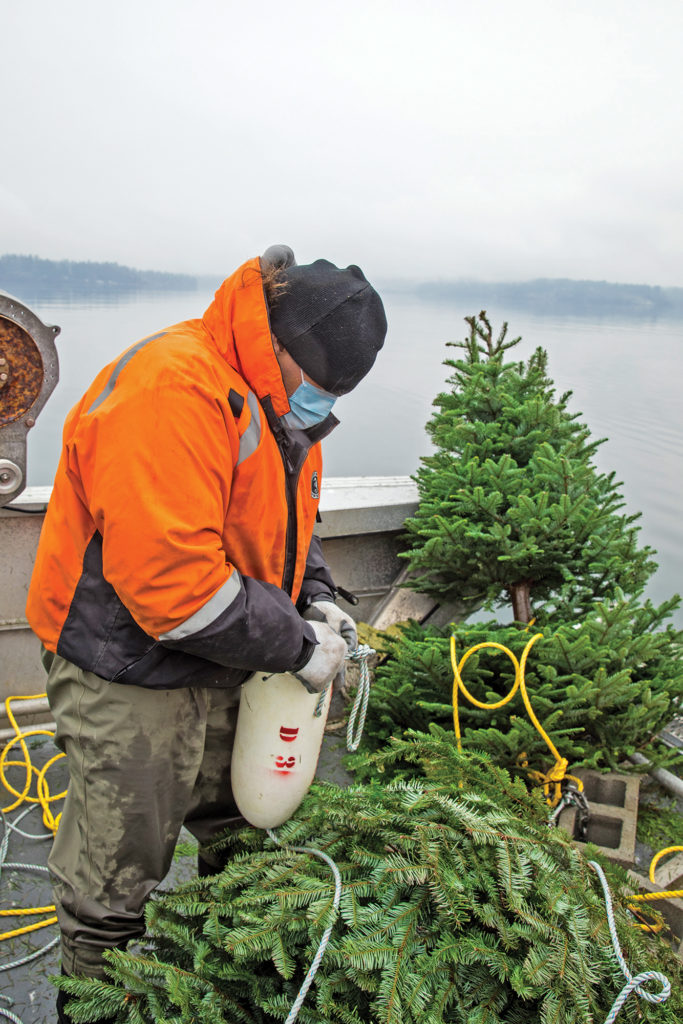 Feature image: Ashley Bagley, project coordinator for Long Live the Kings, prepares to check some cedar boughs for the presence of herring spawn. The boughs were sunk in places that Nisqually tribal members used to do so to attract herring spawn in the past. 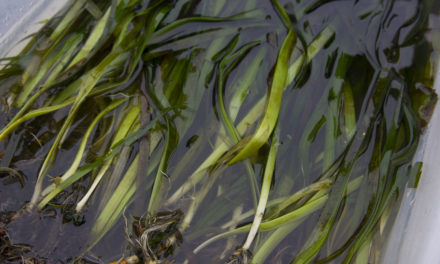