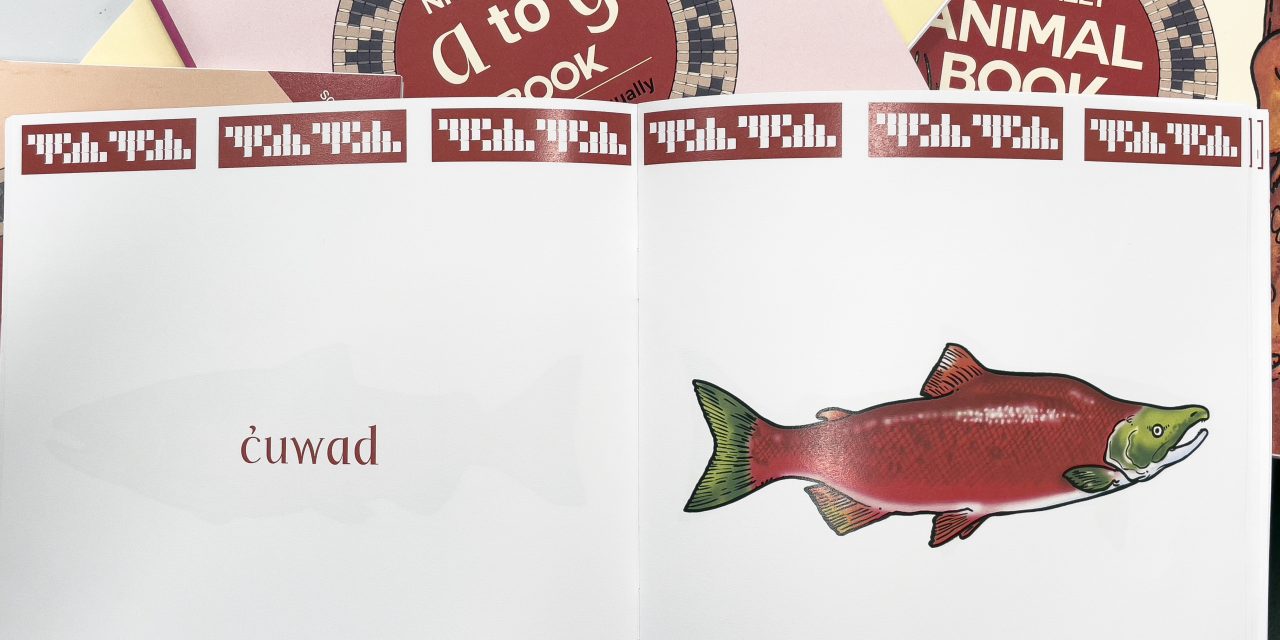 Language is a bridge between the past and the present that leads children into the future.

Nisqually tribal member Antonette “Maui” Squally knows that personally from her journey learning the Nisqually language and becoming a teacher.

“I remember so clearly listening to Willie Frank Sr., who was the last speaker of the Nisqually language, when I was 13 or 14 years old,” Squally said. Her mother cared for Frank, who lived to be 104, in his later years. “I trace my interest and inspiration in language to that time. I was captivated.”

She had some language classes in tribal school and showed great aptitude for it, but in the intervening years, it fell to the wayside.

Cue her uncle, Leonard Squally, who told her it was time to accept the ancestral name of her great-grandmother, Annie Squally, but not until she knew what it meant.

“I think he knew what he was doing,” Squally said with a chuckle. The search led her to the Puyallup Tribe and their Lushootseed language program. Southern Lushootseed is the basic language of many tribes in western Washington, although most tribes have Southern and Northern dialectal differences.

There, Squally’s passion for language was rekindled and she became a certified teacher in six months, an impressively short time to become fluent.

“When I came home able to speak the language and tell my uncle that my name Askowbolitza meant ‘fine weaver,’ he cried,” Squally said.

“I have had Puyallup elders/parents come and take my hands in theirs, one of the most intimate expressions of care, and thank me for speaking our language and for teaching it to this generation and the next, as these children went home after school and began teaching their baby siblings” Squally said.

Her uncle Roy Wells shared a story of a name his grandmother called him when he was a young boy, Cheechq’a. “I told him she was either calling him a rock or a little girl and he laughed and laughed,” Squally said. “Every time I would visit him later, he would remind me with that Nisqually word and just laugh.”

Another elder, Carmen Kalama, interrupted her when she was going over some names of animals, “That. What’s that mean?” Kalama’s grandmother used the term around her when she was a young girl. Sq’ebiyu? meant “skunk,” Squally said with a laugh. “We’re guessing she was calling her a little stinker.”

As Squally delved into the language, she has learned the geography of place names and the history of her people. “It’s all tied up in the language and is just as much a part of passing this forward as the language,” Squally said.

She followed her teachers’ instructions to teach those in her family first. Now her niece, Chay Squally, is also a language teacher. The two are creating flash cards, books and a language application for phones. When COVID restrictions ease, they will resume language sessions with the elders.

The recordings of Willie Frank Sr. made by tribal member Jean Sanders are the foundation for the language tools because they include the nuances of the Nisqually language.

“We started a class with 10 people who will also become teachers, but we get quite a few who come in just to listen to the tapes of Willie Frank Sr.,” said Chay Squally. “He’s still the magnet for people that gets them interested in learning.”

During the time when there were just a few Nisqually tribal members speaking the language, it was used during Canoe Journeys. During Canoe Journey dancing and singing practices over the last 15 years, the Skokomish Tribe returned the gift of a Nisqually song that Skokomish had kept alive for at least 100 years. “So many times, that has happened, where another tribe is able to return a song or a dance to a tribe when it’s time,” Chay said.

“We call it the Nisqually anthem – it says ‘This is the best we have to offer,’ and it’s hard to describe the feeling of performing that song now in our language. It is so empowering to sing it,” Chay Squally said.

KING5: Bird poop and logs on the Elwha River