“Most of the salmon runs that support harvest in Puget Sound are hatchery runs,” said David Troutt, natural resources director for the Nisqually Tribe. “The Nisqually winter chum run is unique in the Puget Sound in a number of ways including that it is an entirely wild run of salmon that can support harvest. Because of that, if enough fish don’t make it to the spawning grounds, there won’t be large runs in the future.”

“We have carefully managed our fisheries together with the WDFW and their recreational fishery, and have reached our escapement goal for Nisqually chum in two of the past four years,” Troutt said. “In general, this year we saw decent runs in our pre-season models, decent catches of other chum stocks in Puget Sound. But when the Nisqually fish need to come back to the river, they just aren’t there.”

“Winter chum has historically been the most important stock, culturally and economically, to the Nisqually Tribe,” said Farron McCloud, chair of the Nisqually Tribe. “We want to make sure enough salmon make it up the river to spawn.”

The tribe suspects that an exploding population of sea lions may be having an outsized impact on winter chum salmon coming back to the river. The tribe funded a study beginning this year tracking the impacts of the local marine mammal population on winter chum.

“We’re estimating that up to a third of the chum run is eaten before they enter the river,” Troutt said.

Up until six years ago, Steller sea lions were listed under the federal Endangered Species Act. Now officially considered “recovered” under the act, salmon managers have to seriously consider the impact sea lions are having. “Sea lion populations have been steadily recovering in Puget Sound since the late 1980s, to the point now we’re seeing very healthy populations,” Troutt said.

Sea lions eat a wide variety of prey (from salmon to pollock or herring) depending on what is available at any given time or place. However, it has been recently discovered that sea lions have sects of the population that specialize in different prey such as winter chum salmon. “In a way, this problem we’re having with sea lions is at least a compliment to us here in the Nisqually,” Troutt said. “The wild chum run here is healthy, which means it has good habitat to return to. We’ve worked hard to make sure this run is strong.”

“Unfortunately, the people who should get the most credit for the health of these fish aren’t able to enjoy it,” he said.

Hoh Tribe Taking Stock Of Coho And Their Habitat 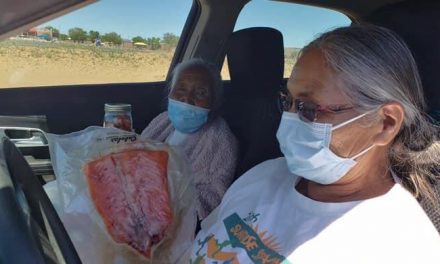 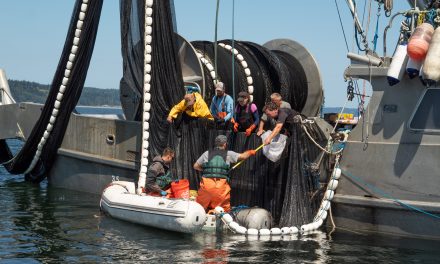