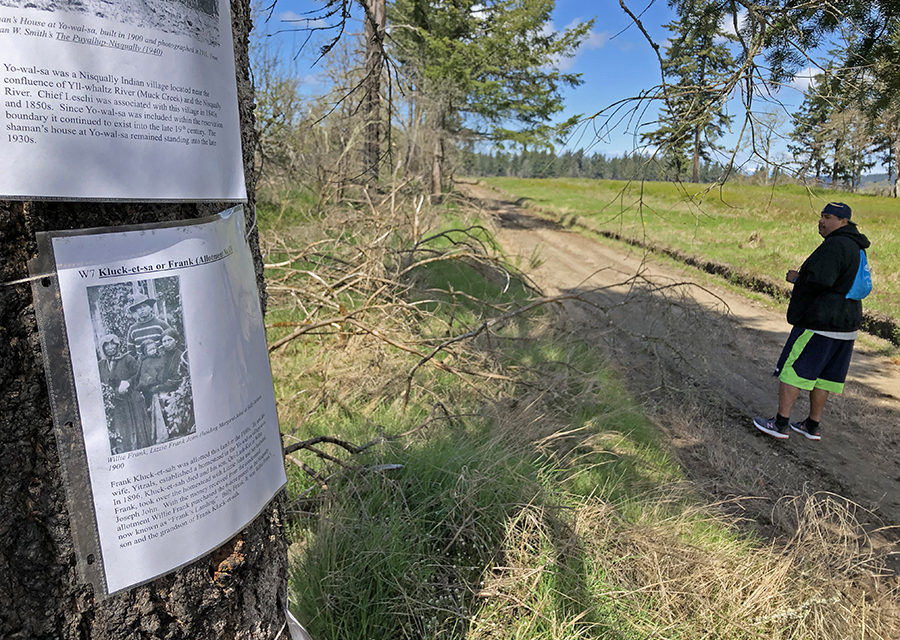 The annual Leschi-Quiemuth Honor Walk/Run, hosted by the Nisqually Tribe and Joint Base Lewis-McChord (JBLM), is an opportunity for community members and military personnel to learn about the land that was taken from the tribe by condemnation in 1917.

Fort Lewis, as it was then called, represented two-thirds of the land Nisqually was allocated in the Treaty of Medicine Creek of 1854. The condemnation left hundreds of Nisqually people without a home.

For the past 15 years, the Leschi-Quiemuth Honor Walk, held in the spring, has provided glimpses into the tribal life and importance of the land before it was turned into military training grounds and firing ranges.

Interpretive photos are fixed to trees, bridges and bushes, describing the places of the time, including villages, churches, family lots and cemeteries. Many of those once buried there have been transferred to other cemeteries, including Leschi, last chief of the Nisqually people, who was moved to a Puyallup cemetery.

“We were given these stories and we pass them on to the next generation,” said Hanford McCloud, Nisqually tribal council member and Canoe Family organizer. “This walk allows us to slow down, to show that we are still here and live that advice from Leschi, the last chief of the Nisquallys: ‘Whatever the future holds, do not forget who you are. Teach your children, teach your children’s children, and then teach their children also. Teach them the pride of a great people… A time will come again when they will celebrate together with joy. When that happens, my spirit will be there with you.’ ”

The event includes a 12-mile run, a 7.2-mile walk, and a 2-mile walk as part of a bus tour for elders and those who can’t walk as far. The finish line is near the tribe’s Clear Creek Hatchery, which produces chinook and coho salmon, and is located within the military base.

The tribe coordinates cultural uses on JBLM lands throughout the year, for such activities as collecting camas and cedar bark, as well as using fire to maintain camas fields as Nisqually people did for hundreds of years. The tribe monitors the river and its tributaries within JBLM for water quality, and surveys streams for salmon and the redds, or fish egg nests, as part of the co-management of salmon resources. 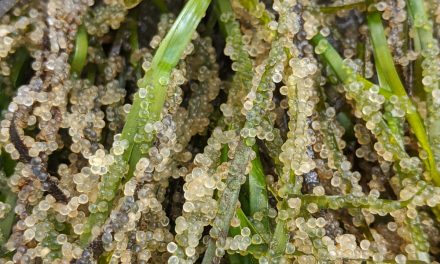