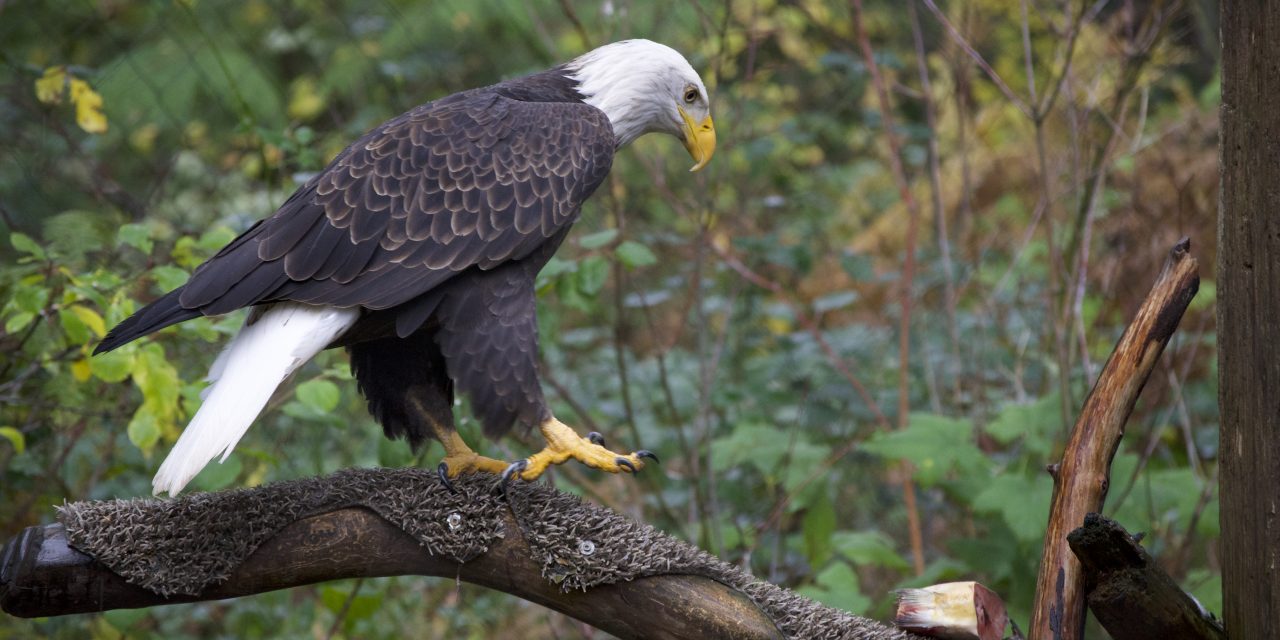 Cheveyo, a bald eagle who lost one of her wings to a gunshot, approached a chunk of chinook cautiously, then enthusiastically.

A staff member at Northwest Trek in Eatonville placed the salmon on a branch for Cheveyo, who enjoyed the tasty treat under the watch of not only the wildlife park’s other three eagles, but also many students from St. Martin’s University, Northwest Indian College and the Nisqually River Education program.

The other eagles would get their turn.

Both the salmon and the students’ Nov. 6 visit were made possible by a donation of about 50 adult salmon from the Nisqually Indian Tribe’s Kalama Creek Hatchery.

“The animals at Northwest Trek are very lucky to receive such enriching sustenance from the Nisqually Indian Tribe and we are all very grateful,” said Desiree Kennedy, development manager of the Northwest Trek Foundation.

Not only do the park’s animals – including river otters, cougars, martens and wolverines – enjoy the meal, but the presence of the fish also helps the park’s bears practice hunting behaviors at a water feature in their enclosure. The bears dunk their heads underwater to search for the (dead) salmon, bring them up to their mouths to feed, and exhibit other hunting and feeding behaviors, said Northwest Trek animal keeper Haley Withers.

“Feeding our bears whole salmon in their pool can create an experience similar to that of a wild grizzly bear fishing in a river,” Withers said. 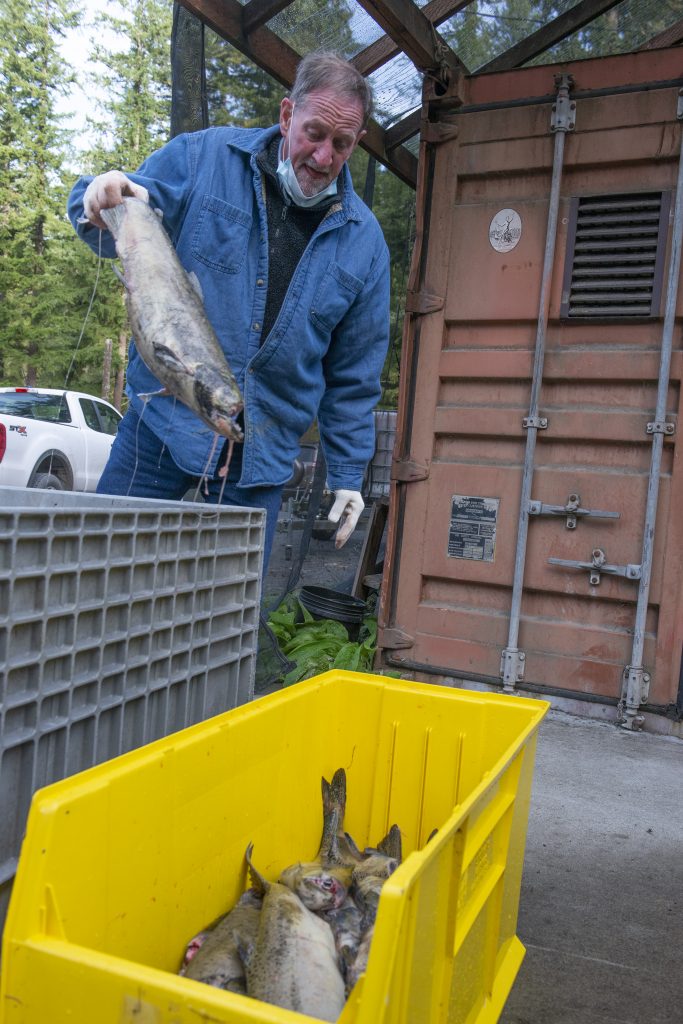 “We hope this is the beginning of a long partnership where we can reintroduce salmon from the Nisqually watershed to the animals that traditionally eat them,” said Bill St. Jean, salmon enhancement program manager for the Nisqually Tribe. “Chinook return to the hatchery each fall. It’s terrific to see this traditional food returned to these animals in our shared watershed”

The donation of fish gave an opportunity for the college students to consider salmon’s life cycle and its importance to the environment and all the creatures in it.

“It’s a grand and unique chance to have this opportunity,” said David Stepetin, community outreach coordinator for the Nisqually Environmental Team, who helped orchestrate the visit between the schools and Northwest Trek.

During the visit, students also learned about the facility’s four eagles and spied Northwest Trek’s two grizzly bears, Hawthorne and Huckleberry, who were orphaned when they were young.

“The goal and intent is to have students be able to use their experience and take on the embodiment of the salmon,” Stepetin said.

“It was an incredible opportunity for us to gather, learn and share from one another’s experiences,” Kennedy said.

Stepetin has helped coordinate other activities with Northwest Trek, such as previous donations of salmon and visits by Smokey Bear, as well as a donation of trees to be planted in a memorial area after the COVID pandemic eases. He hopes the partnership with Northwest Trek will continue, along with similar unions with other tribes and organizations.

Some of the students have studied parts of the One With the Watershed curriculum that was developed in coordination with tribal communities in the Pacific Northwest, which emphasizes storytelling to learn about the journey and importance of salmon. Stepetin hopes the visit to Northwest Trek will prompt the students to create videos, presentations and other media to share with younger students, such as those in K-12.

Cheveyo, a one-winged bald eagle at Northwest Trek in Eatonville, approaches a piece of salmon donated by the Nisqually Tribe. Photo by T. Pyle. 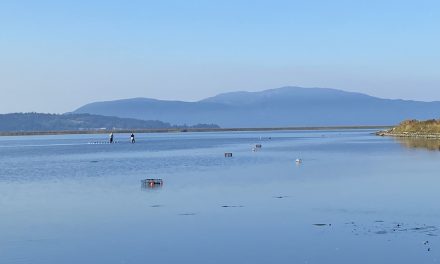 Hoh River Flooding: Needs of Fish and People Must be Balanced

Chinook spawn in side channel restored by Nooksack Tribe