The Muckleshoot Tribe is spreading traditional food through schools

Shawn Saylor, the kitchen coordinator for the Muckleshoot Indian School, holds a piece of salmon to be served at the school.

The Muckleshoot Indian Tribe is making sure traditional foods are part of many of the meals it serves. Six kitchens across the tribe – including in schools and elder facilities – adopted new protocols to encourage the use of traditional foods.

The Muckleshoot Indian School is using the protocols to designate at least one day a week for traditional foods. The introduction of traditional food has been a learning process for both the kitchen staff at the school and the school community, said Shawn Saylor, the school kitchen coordinator.

The Muckleshoot school kitchen began introducing traditional foods soon after the protocols were in place four years ago. But even then, students were still able to choose a cold sandwich if they didn’t like the traditional option.

But after awhile that changed. “We don’t even make the sandwiches available on traditional food day anymore,” Saylor said. “The kids just forgot they didn’t like salmon. We don’t even do things like Sloppy Joe’s anymore because the kids just don’t like them.”

“Parents come in and visit us and they end up saying “I didn’t know they fed you so well here,’” Saylor said.

The kitchen staff have also served elk and venison, even though it drives up the cost of the meals. “We will occasionally have a hunter donate meat to us,” he said.

The kitchen staff also regularly meets with students to discuss how to make traditional Thursdays better. “We listen to the students and we like to explain why we do certain things in person,” Saylor said. “It builds trust between us and the kids. We even sometimes get food suggestions from them to try out.”

“The best part of my day is when kids come through the line on traditional food day and say “This is awesome,’” said Saylor.

Lummi technicians behind the controls for Bells Creek restoration 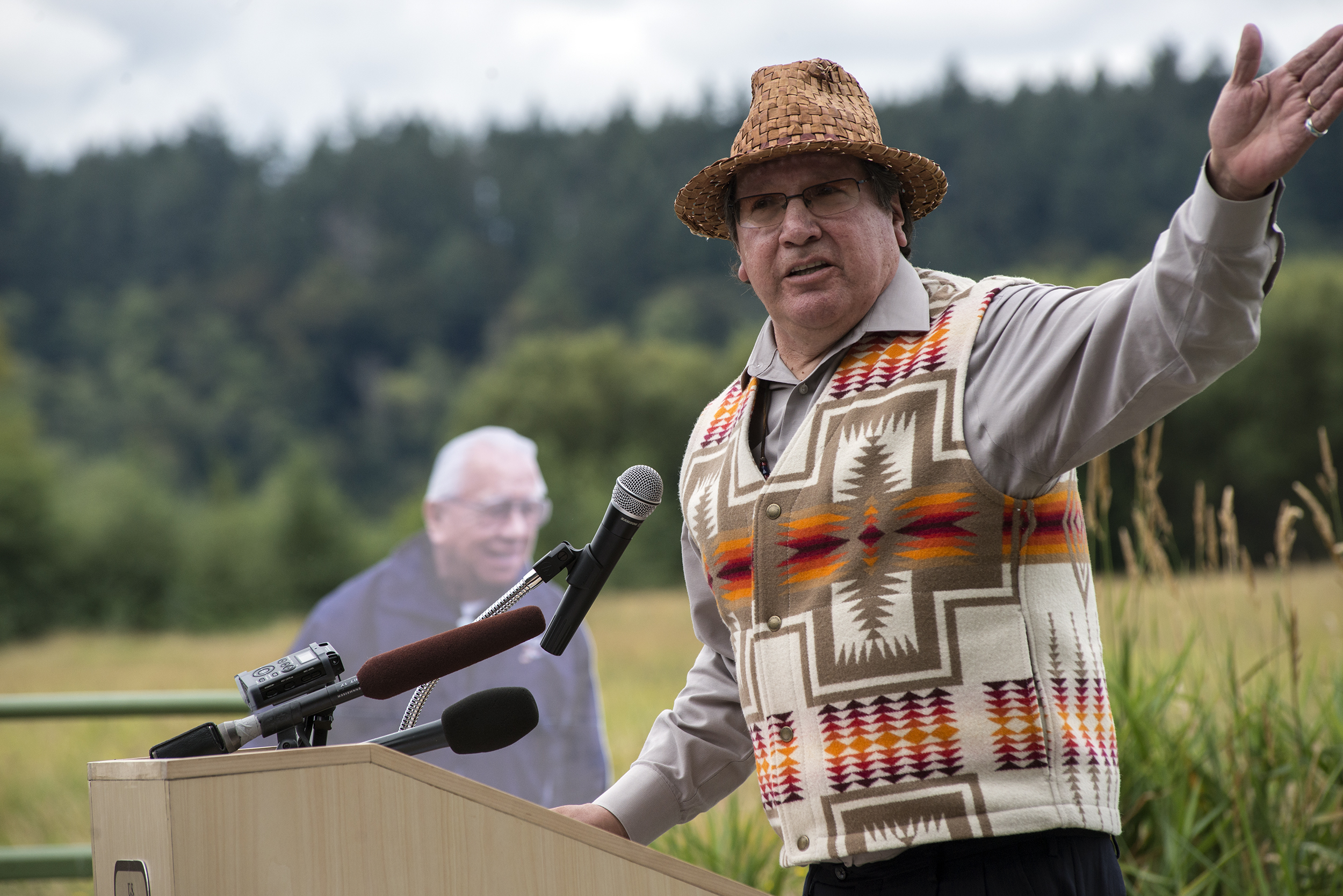 “To be on the river was medicine for him”