More media coverage of pollution on the Skokomish

Here is more coverage of the sport fishing related pollution that close several shellfish beds at the mouth of the Skokomish River:

The Olympian from this morning:

Skokomish River slob anglers may force the state to shut down salmon fishing on the popular river.

Thousands of salmon anglers flock to this Hood Canal river every August and September to catch one of the earliest chinook salmon runs of the fall.

But a lot – not all, but more than enough – of those anglers are slobs.

They can’t be bothered to walk to the nearby portable toilets, so they defecate and urinate along the river banks.

The Skokomish, a beautiful – and troubled – river, takes on the stench and look of a downtown Skid Row every August and September.

And the finger might be pointing to human waste and trash being left by sport anglers, which has also led to the closure of an important tribal shellfish harvest site in Annas Bay, near the mouth of the Skokomish.

Thousands of sport anglers are lured in August to the Skokomish where salmon fishing for mainly hatchery chinook right now has been good.

The Skokomish River which originates from Olympic Peninsula National Park through a sparsely population region and feeds into Annas Bay, a rich shellfish (mainly oysters) source used by tribal, commercial and recreational harvesters.

The state Department of Health cited “human waste from sport fishers” as the reason for the closure, which will remain until further notice.

Peninsula Daily News: Some anglers are being messy at Skokomish River 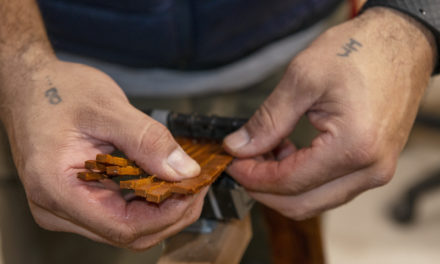 Cedar’s Power Comes Through Each Part of Preparing to Weave