NEAH BAY (Sept. 23, 2005) A Makah tribal biologist is helping indigenous Russians find out why a few gray whales off their coast are so foul-smelling that even village dogs won’t eat the meat.

“It’s a problem that is only being experienced in the Russian region of Chukotka,” said Nathan Pamplin, marine mammal biologist for the Makah Tribe. “It has not been experienced anywhere else throughout range of the gray whale, which extends along the coastline from eastern Russian to northern Mexico.”

Pamplin traveled to Russia in August and spent two weeks gathering information from native hunters in the remote village of Lorino on the Bering Strait. “They reported that the whales had a medicine-like smell, like walking into a pharmacy,” said Pamplin. “They also said there were no stories passed down from their ancestors about this phenomenon, so it would seem to be unique to this place and time.”

Native hunters try to avoid the foul-smelling gray whales, which can be identified at sea by the stench of their exhaled breath when they surface.

Scientists want to know how many whales may be affected by the phenomenon. It is possible that a contaminated food source or a disease is causing the smell. Gray whale numbers are healthy overall. The species had rebounded to the extent it was removed from the Endangered Species Act list in 1994.

“Both the conservation sub-committee and the aboriginal subsistence whaling sub-committee of the International Whaling Commission (IWC) wanted the stinky whale problem investigated following this year’s meeting in South Korea,” said Pamplin. “My job, in coordination with other scientists and the Russian government, was to gather information from the native hunters who are providing tissue samples for analysis. Because of the remote location, getting the tissue samples to a lab in a timely manner is one of the biggest challenges.”

The Makah Tribe and the indigenous people of Chukotka, Russia have a unique relationship. The Chukotka and the Makah share a quota of gray whales that allowed the tribe to harvest a single gray whale in 1999.

The gray whale is central to both cultures. For the Chukotka people, gray whales are an important source of food in a region where hunger and poverty are common. The Makah Tribe has a whaling culture dating back thousands of years, as evidenced in the many whaling implements found in the ancient Makah village of Ozette.

Gray whales feed in the northern Bering and Chukchi seas during the summer. The whales winter in Mexican and southern California waters where mature females bear a calf every other year.

“We’re happy to provide the assistance of our marine mammal biologist to this project,” said Micah McCarty, Makah tribal council member. “It is a part of responsible management of a species that is important to both of our cultures.”

Pamplin said the investigation is expected to take up to two years, with a report likely to be filed with IWC in 2007. 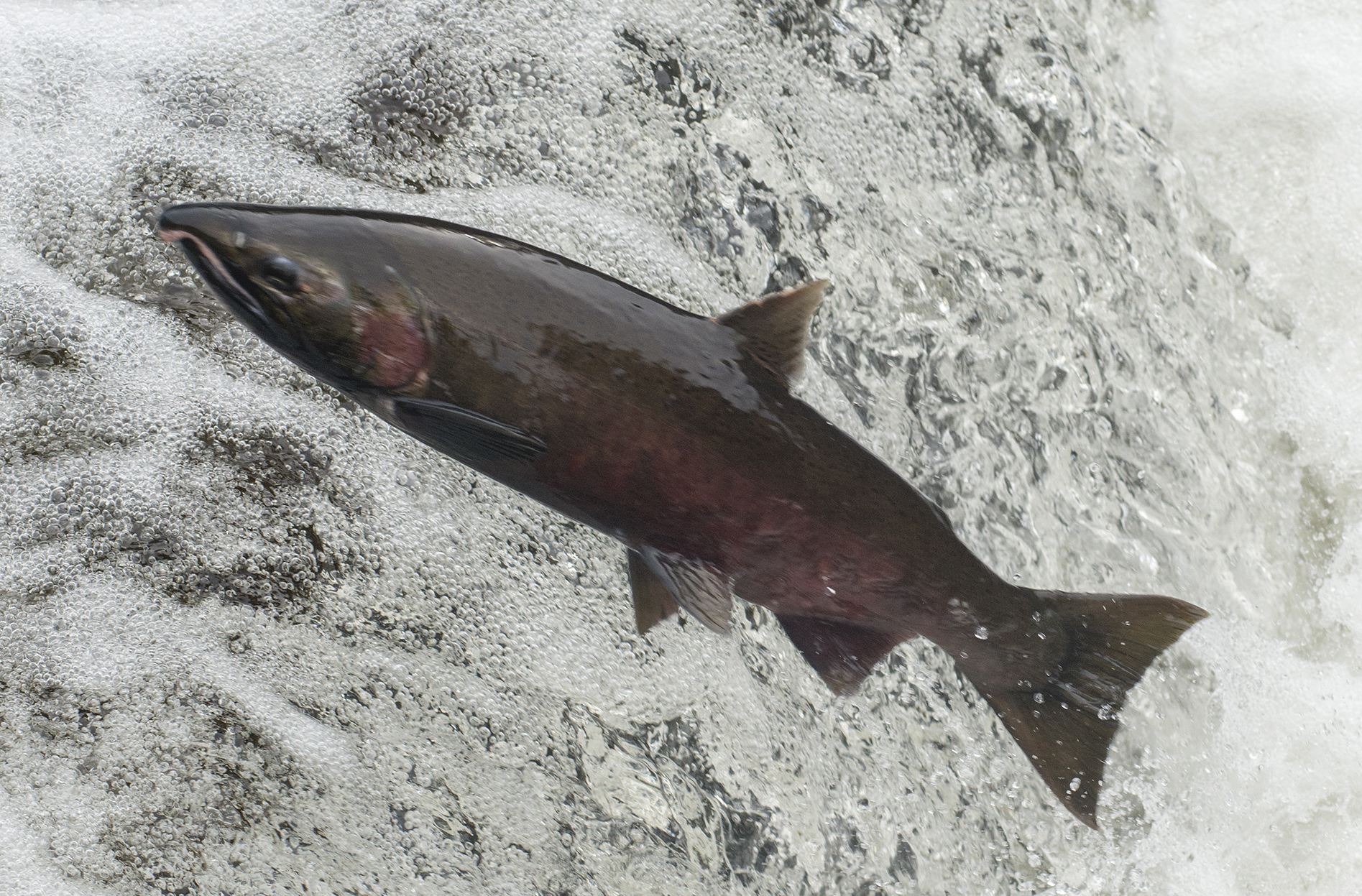 Loomis: “This is a great day for salmon, tribal treaty rights and everyone who lives here”

Squaxin Natural Resources blog: The myth of the “stinky mudflats” on a restored Deschutes Estuary