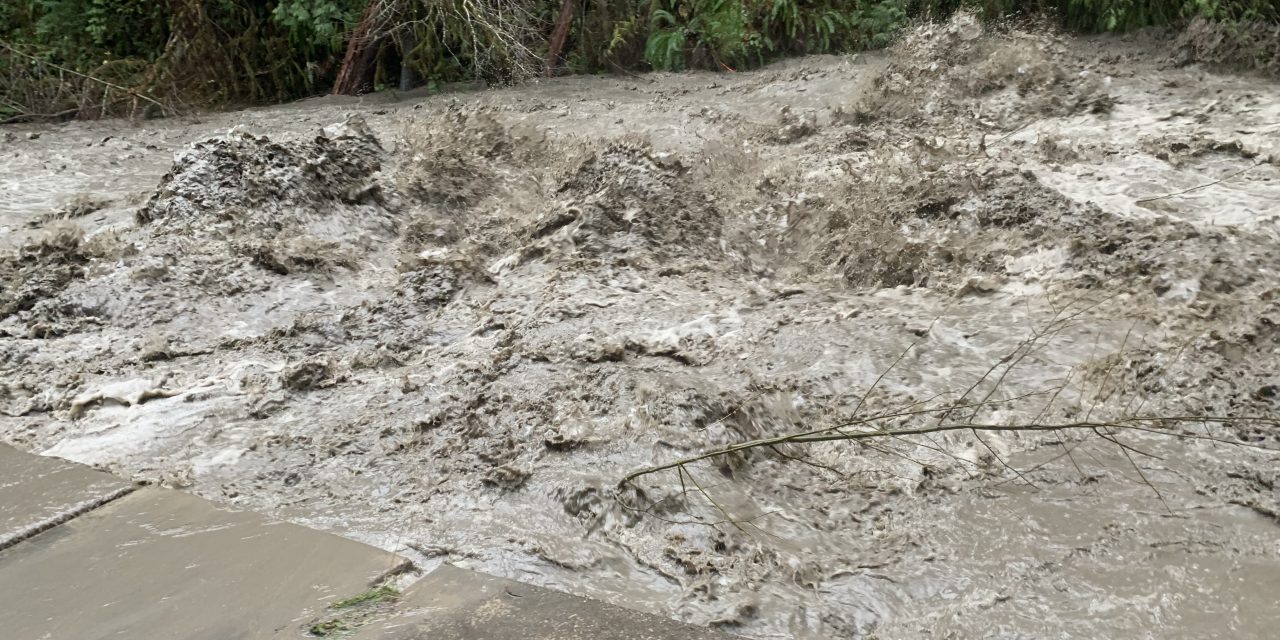 Hatchery manager Marlin Dennis said flooding during the late-November storms was the worst he’d seen in his 41 years there. The South Fork Nooksack River delivered a torrent of sand and gravel that clogged the hatchery’s 36-inch intake and prevented fresh water and oxygen from reaching hatchery fish.

Hatchery staff members worked a total of 127 hours to remove sand and gravel by shovel, move eggs and keep 50 gallons per minute of clean re-aerated water circulating in the tanks via a water reuse system, Dennis said.

Dennis estimates some 1,000 adult fish returning to spawn were lost to the raging flood waters. “We saved all of our young fish,” he said. “If we had lost our young ones, we really would have been hurting bad.”

Tom Chance, manager of the Lummi Nation’s salmon enhancement program, said the hatchery has 1.4 million juvenile coho that are maturing, and 2.4 million coho eggs and 750,000 chinook eggs in incubation. Of the mature fish that are released, 3 to 4 percent return to spawn. The others fall prey to predators or are caught by commercial, recreational and tribal fishers.

Chance and Dennis say past logging practices have affected the amount of sediment and debris carried by the creek during storm events. “And the water temperature is warmer because there’s no shade – all the trees are gone,” Dennis said.

Turner said forest practices have improved over time. “There are increased riparian buffers, but we’re playing catch-up – a lot of the bigger trees were removed from the system a long time ago,” she said. “The program is applying for funding for restoration projects in the watershed. With the Nooksack Salmon Enhancement Association and the Whatcom Land Trust, we’re looking at how to address some of these impacts to salmon. The creek doesn’t have a lot of instream wood that can help catch some of the gravel, sand and sediment moving down toward the hatchery.”

There’s a sense of urgency to the restoration work in the watershed. “This was an all-time, record-high flood event that was followed by another flood event,” Chance said of the November storms. “I wouldn’t be surprised if we run into something again.”

Fish for a buck!