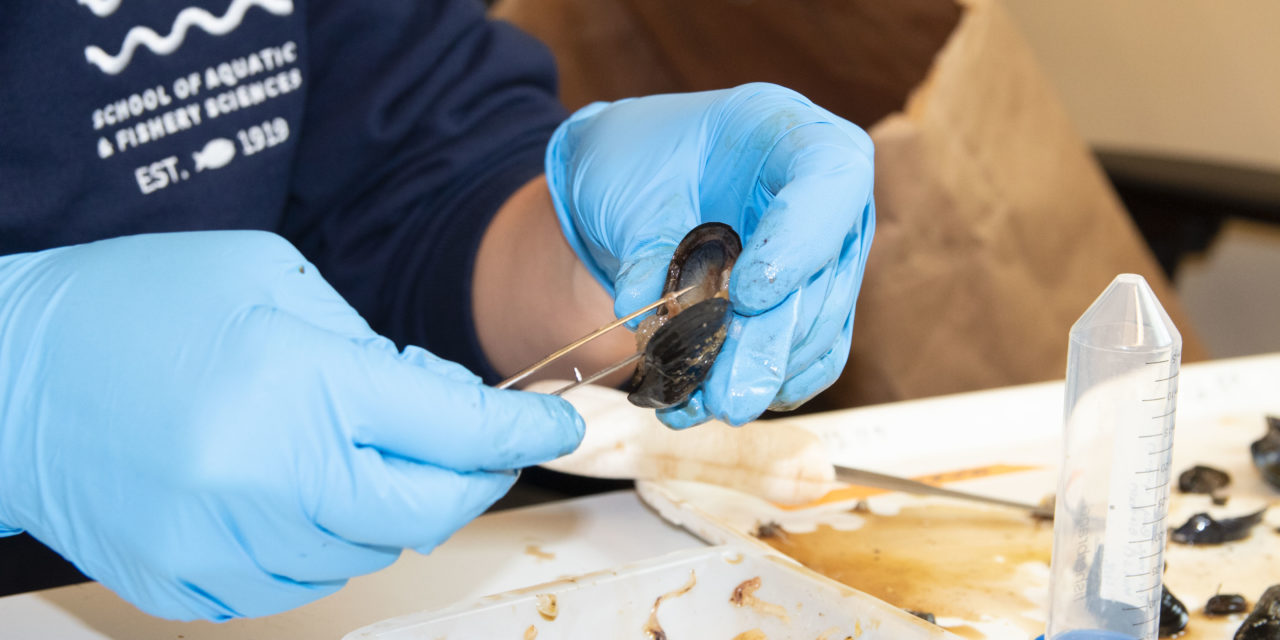 With 2019 forecast to be another warmer-than-usual year, the Lummi Natural Resources Department is making sure that tribally harvested shellfish are safe to eat.

Shellfish biologists are sampling mussels from several locations on the reservation to test for the presence of biotoxins caused by harmful algal blooms (HABs), or red tides. When consumed, the toxins can cause illnesses such as paralytic shellfish poisoning, or diarrhetic shellfish poisoning.

“In recent years, warming air and warming water temperatures have contributed to frequent HABs in the nearshore areas of the Lummi Nation, which is consistent with current climate change predictions,” said Karl Mueller, Lummi shellfish biologist.

Mussels are an early indicator for biotoxins because they are voracious filter feeders that retain any chemicals in the water for two to four months. In 2018, for the first time in many years, biotoxins from harmful algal blooms reached potentially lethal levels on the Lummi Reservation and nearby Bellingham Bay.

“To avoid illnesses or, in the worst case scenario, mortalities associated with eating biotoxin-laden shellfish, the tribe must be vigilant and remain proactive about monitoring, detecting and disseminating current or real-time information on HABs and shellfish biotoxin levels to the wider Lummi community,” Mueller said.

Tribal natural resources staff collect mussels from Lummi and Portage bays, and Gooseberry Point near the Lummi Island ferry terminal. They blend the tissue into a “mussel milkshake.” Some of the samples are sent to the Washington State Department of Health, and some of them are tested at the Salish Sea Research Center at Northwest Indian College on the Lummi Reservation.

“The Lummi Nation has relied on shellfish harvesting since time immemorial for ceremonial, subsistence and commercial purposes,” said Merle Jefferson, Lummi natural resources director. “With climate change increasing the frequency and severity of red tide and other biotoxins in shellfish, it is more important now than ever that we act to protect the safety of the Lummi community.”

The tribe also is installing new signs on tribal beaches to inform people about biotoxin closures, warning them when clams, oysters and mussels are unsafe to eat.

Lummi received funding from the Climate Ready Tribes initiative of the National Indian Health Board and Centers for Disease Control and Prevention to increase climate change awareness and the tribe’s capacity to recognize threats and take action.

Record Salmon Escapement In 2001 A Result Of Sound Co-management