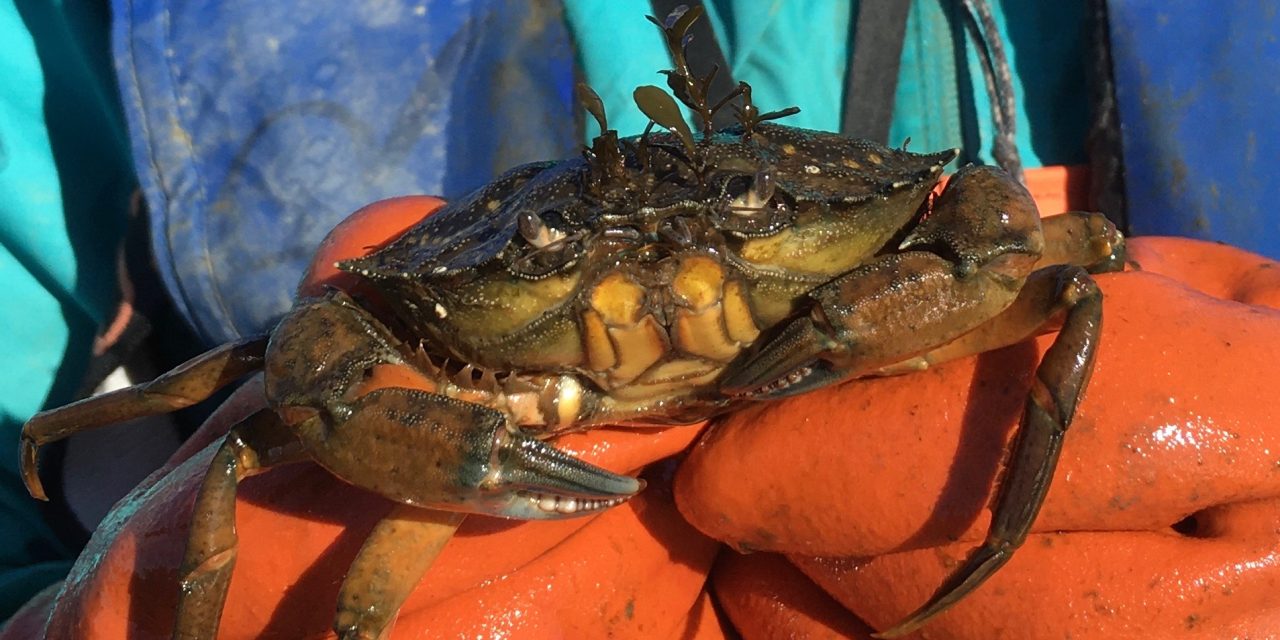 A European green crab can consume 40 half-inch clams a day and will dig six inches to hunt one down. It preys upon young oysters and can take out a Dungeness crab its size. It burrows into marsh banks and uproots eelgrass beds, which are considered important nursery habitat for juvenile salmon.

“It’s an aggressive predator,” said Ben Starkhouse, fisheries harvest manager for the Lummi Nation. “That’s common for a lot of invasive species that get introduced to an area and don’t have natural predators to keep the population in check. They can get established and their populations can grow quite quickly.” 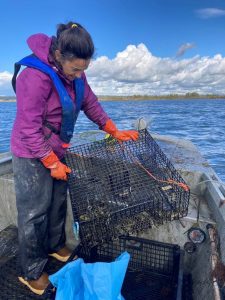 And so it is with this invasive green crab, whose population growth in Lummi’s waters spurred the Lummi Indian Business Council on Nov. 23 to declare the green crab invasion a disaster, setting in motion steps to at least control it. A task force will lead development and implementation of a comprehensive response strategy, which Chairman Willie Jones Jr. said will likely entail aggressive trapping.

“The European green crab is a serious threat to our treaty fishing rights,” Jones said. “We need a huge increase in effort and resources to properly address the green crab invasion, and it’s going to take a coordinated response from tribal, state and federal partners. There is no time to waste.”

The green crab is originally from Europe and northern Africa and is highly adaptable. It was first reported on the east coast of the U.S. in the mid-1800s, and in the last decade was implicated in the rapid decline of Maine’s steamer-clam industry. The invasive crab was first detected in San Francisco Bay in 1989, Starkhouse said, likely having arrived either in a ship’s ballast water or in a shipment of live seafood from the East Coast. Green crab populations have since been reported on the coast of Oregon, Washington and British Columbia as well as within the Salish Sea.

The first handfuls of green crab on the Lummi Reservation tidelands were found in late 2019 in the Lummi Sea Pond, a shallow, 750-acre aquatic area where the tribe cultivates shellfish and juvenile salmon. Within two years, more than 70,000 have been captured within the sea pond.

“At this point, a complete eradication of EGC from the Salish Sea, and from the Lummi Reservation tidelands, is not likely,” Starkhouse said. “The plan is to significantly increase our trapping and removal efforts and reduce the population to a level that’s not going to cause an immediate threat to the surrounding nearshore environment or habitat.”

The European green crab is an aggressive predator. The Lummi Nation is stepping up efforts to contain the invasive crab. Photo: Lummi Nation Department of Natural Resources

EarthFix on KUOW: Fish spawning between the Elwha and Glines Canyon dams