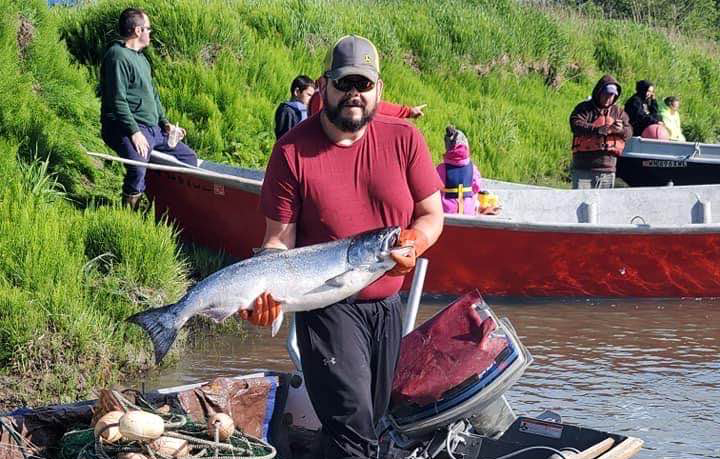 The fishery was named for Randy Kinley Sr., Lummi Nation policy representative, who passed away in 2017.

“He saw a need to create a task force to protect our hatchery fish. From there a coalition was created that included the Upper Skagit, Tulalip and Lummi tribes,” Wilson said. “Randy’s vision was timely in the sense that five years later during one of our most troubling times with the COVID pandemic that we would bring back hope to our people by getting our fishermen out on the river to fish for our sacred spring chinook.”

Lummi Natural Resources (LNR) drew names for 20 fishermen to participate in the fishery on May 8, and another 20 on May 21. The fish were taken home for subsistence.

This year, LNR staff and fishermen all wore gloves and masks in accordance with the Centers for Disease Control and Lummi Public Health guidelines for limiting the spread of coronavirus. They also reduced the number of people on each boat and in the small airplane used to track the radio tags in aerial surveys.

In past years, natural-origin fish were anesthetized before being radio-tagged and released, but staff adjusted their procedures this year, making sure none of the fish harvested by tribal members contained trace amounts of anesthesia.

“Since we couldn’t use anesthesia, we worried about how we could insert tags without causing the fish stress,” said Devin Flawd, Lummi stock assessment manager.

Some of the elder fishermen suggested holding the fish still in the dip net while tagging the fish.

“We found that the fish were able to be processed and released as efficiently as when using anesthesia, and in some cases even more quickly,” Flawd said.

The radio tags are tracked by aerial and ground surveys that tell fisheries managers how long the chinook spend in the Nooksack River before spawning or returning to the Skookum Creek Hatchery.

Midway through the 2020 tangle net fishery, early data indicated that the tagged fish showed a high degree of survival.

“We’re seeing the fish still alive in the river, and hope to track them up to the spawning grounds,” Flawd said. 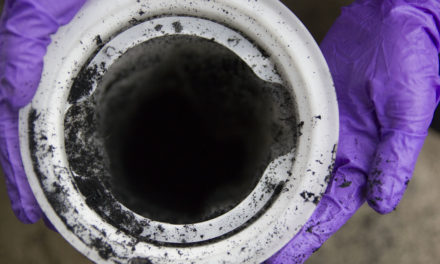