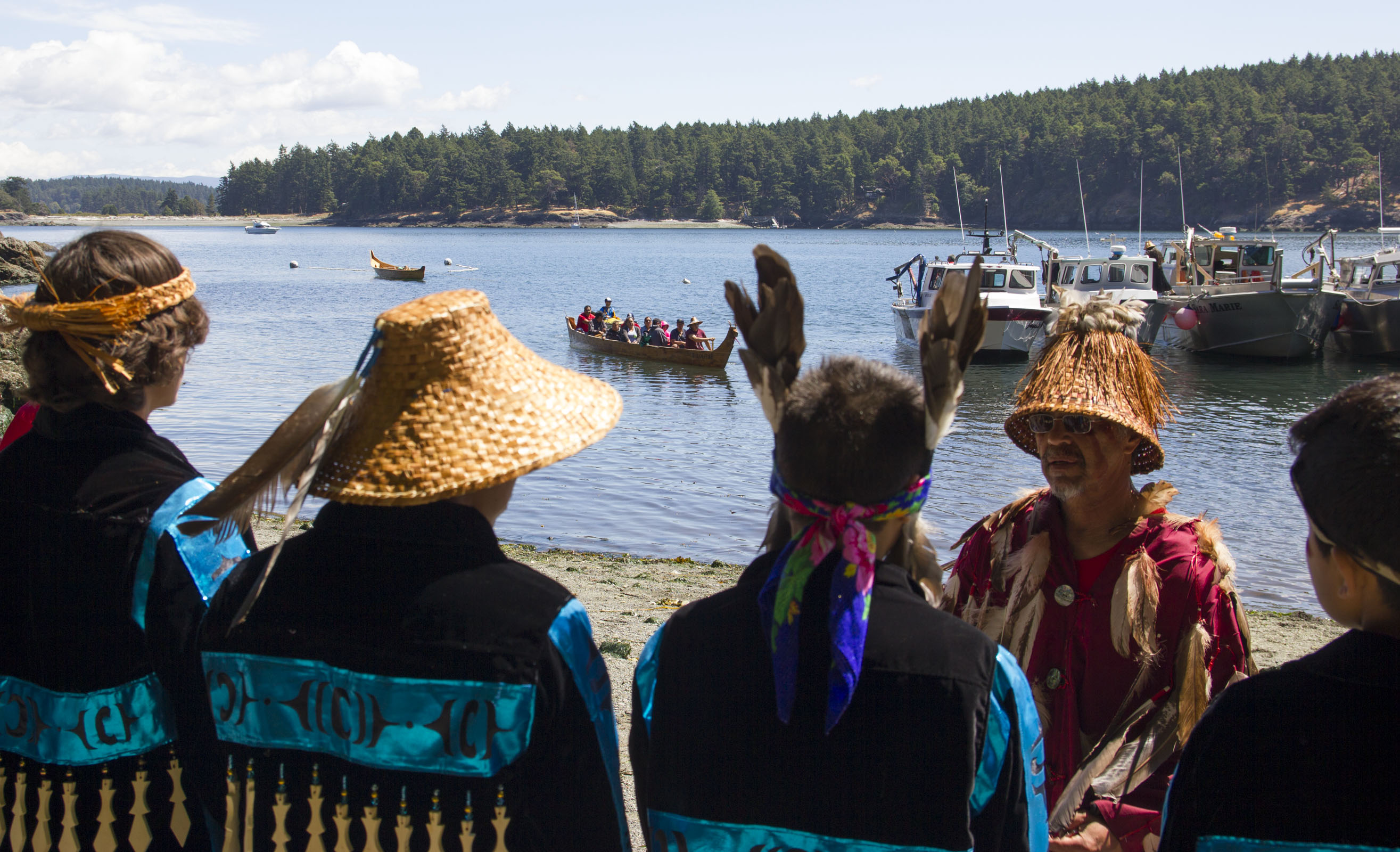 For the first time in generations, members of the Lummi Nation gathered on the shores of Henry Island, a traditional fishing site known in the tribal language as Lhelhinqelh.

The privately owned property had been off-limits until one of the landowners, Sarah Hart, collaborated with tribal members to hold a naming ceremony there and make the site available to them in the future.

“Our villages were along the migratory paths of the salmon,” said Al Scott Johnnie, Lummi cultural administrative policy assistant. “We are the people of the reef net.”

A reef net – sxwo’le in the tribal language – is a traditional fishing method in which a net is suspended between two canoes. The ceremony was the culminating event of a weeklong Coast Salish Mini-University for tribal youth, called “Spirit of the Sxwo’le.”

“This process was to help the youth understand the holistic connection,” said organizer Shirley Williams, a community medicine registered nurse and Lummi tribal member. “They are the Keepers of the Tradition and Protectors of the Circle of Life.”

About 20 youth spent the week camping on nearby San Juan Island, where they learned about their culture from tribal elders and other community leaders.

“We’re learning how to live off the land and to be grateful for the resources that we have,” said Rebecca Kinley, who works with the youth through Lummi Behavioral Health. “We’ve done that through a series of activities, through nature walks, getting on the canoe, eating our traditional foods from the water, (and) learning our language, because that’s the medicine that’s going to keep our culture alive.”

One of the highlights for Mikko Hillaire was learning about the reef net.

“I never really knew about it before,” he said. “If I remember correctly, you have two cork lines, lines going across and they kind of lead the fish into a big basket. You just sit and they all kind of cradle in there and you pick it up. It’s kind of like a tunnel, a tunnel into the net.”

“My favorite thing this week was probably getting to know where I come from and being out in nature,” said Nickolasa Revey.

Justin Finkbonner, skipper of the Lummi Youth Canoe Family, taught the teens traditional songs that they sang at the naming ceremony on the last day of the camp. The youth canoed to Lhelhinqelh from San Juan Island early in the morning. Later, tribal fishing boats arrived at Open Bay and the canoes were used to ferry guests to shore.

The two tribal members who received ancestral names at the ceremony were Dana Wilson and Troy Olsen. Olsen has long felt a connection to the traditional site where his grandfather, Suhunep, once fished.

Among the 125 in attendance were Lummi hereditary Chief Bill James, and the chiefs of Bella Bella and Haida Gwaii.

“I see healing,” Williams said. “I’m thankful for the protocol that I witnessed. For the past year, I have been asking that the Spirit of the Sxwo’le and our children be surrounded by all that is positive as we return to the ancestral lands of our people and that we would join together in peace and unity once again. It was beyond my expectation to see so many people from different nations join us. It was the healing energy of the Spirit of the Sxwo’le, the sxwo’le that sustained life.”

View photos from the event and watch a video.

Grant may save Stillaguamish River chinook 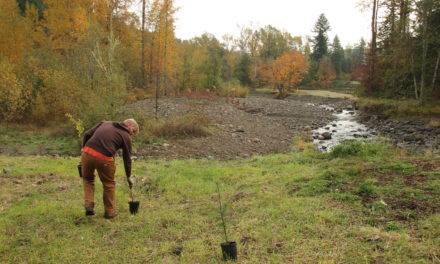 Video: Nisqually watershed restoration from above