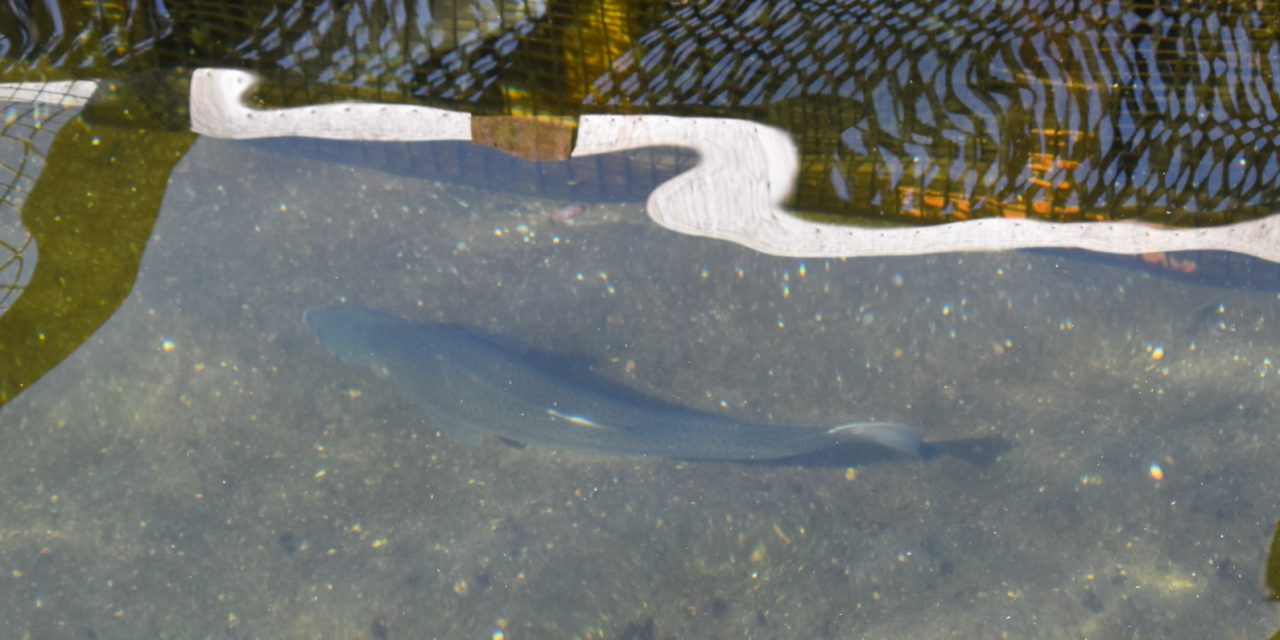 For the second year in a row, chinook salmon are going belly up in the South Fork Nooksack River before they have a chance to reproduce. The culprit, once again, is believed to be hot water and low flows.

As of the end of September, several hundred chinook carcasses were seen throughout the South Fork Nooksack River watershed, according to Lummi Nation salmon enhancement program manager Tom Chance. 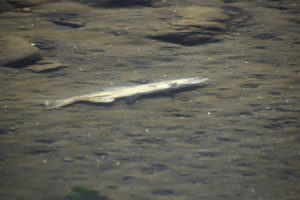 Hundreds of chinook salmon like this one have died in the South Fork Nooksack River this year before spawning.

“These fish are struggling,” Chance said. “We are losing so many before they are able to spawn.”

This emerging die-off follows a disaster in 2021 when about 2,500 of the fish died and dotted the watershed. The fish succumbed to deadly pathogens that thrive in high water temperatures.

The South Fork Nooksack River is known for high water temperatures, a problem that peaks during summertime heat combined with low streamflows. Portions of the South Fork were listed as temperature impaired under the federal Clean Water Act in the 1990s because of this problem, and additional areas were added to the listing in 2012. With temperatures on the rise and Northwest glaciers shrinking due to climate change, the crisis is going to get worse without intervention.

“The problem that we’re facing now is habitat. The habitat is not sustaining our runs,” said NWIFC Vice Chair Lisa Wilson, who also serves on the Lummi Indian Business Council. “Last year our record run of 3,000 salmon ended up dropping down to 500 because 2,500 died on the spawning grounds.”

Habitat degradation and resulting fish mortality is a threat to the tribe’s treaty rights. If there aren’t salmon to fish, the federal government isn’t upholding its obligations from the 1855 Treaty of Point Elliott.

Already, Puget Sound chinook, which include Nooksack River populations, are listed as threatened under the federal Endangered Species Act.

Lummi stock assessment manager Devin Flawd said the delisting goal for the South Fork subpopulation of the species is to see 9,900 natural spawners in the watershed per year. Over the past five years, the average has been about 300, which is 3% of the goal.

“It has been stated that our salmon could go extinct by the year 2050, and that’s not an option for us,” Wilson said. “That’s not what our ancestors signed up for.” 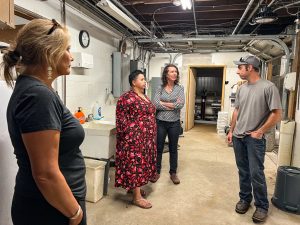 For its part, Lummi has operated Skookum Creek Fish Hatchery for more than 50 years and has run a preservation program since 2010 in an effort to stave off extinction of the South Fork Nooksack River chinook.

As if at a waterfall, the sound of rushing water permeates the air at the hatchery, punctuated by the occasional slap of a salmon jumping while awaiting its turn to contribute to the propagation of the next generation.

This process helps ensure that the species continues to populate the watershed. It also contributes to ongoing research into fish genetics and best hatchery practices.

“We would really prefer our natural runs that we once had, but due to the years of habitat degradation, hatcheries are what we have left to rely on,” Wilson said.

Lummi will not let up on the hatchery science, environmental policy and habitat restoration efforts the tribe champions for the fish, she said.

In September, tribal members also turned to tradition, with a small cultural ceremony along the South Fork, where the salmon carcasses are dropping to the bed of the river too soon—before they have a chance to spawn naturally or to make it to the cold waters inside the hatchery.

Lummi elder Al Scott Johnnie performed the ceremony while elder Ralph Solomon contributed with drumming and singing. Wilson, along with Nooksack Chairwoman RoseMary LaClair and a handful of others, observed the rarely performed ritual to commune with the fish, which are considered kin to these tribes and others in the region. 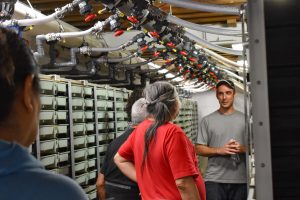 “We need to keep the fish people returning,” Wilson said, standing on the riverbank near three unspawned salmon carcasses. “When our salmon are sick, so are our people.”

For now, fish continue enduring the danger zone. During the ceremony, one female chinook showed her muster, digging into the gravel streambed to build a nest for her eggs, occasionally making a splash with her tail.

Chance drew the group’s attention to the lone mother fulfilling her last act. “It’s an uphill battle, but they’re not giving up,” he said. “They will keep fighting as long as we do.”

Above: A chinook salmon awaits its turn to be spawned at the Skookum hatchery. Story and photos: Kimberly Cauvel 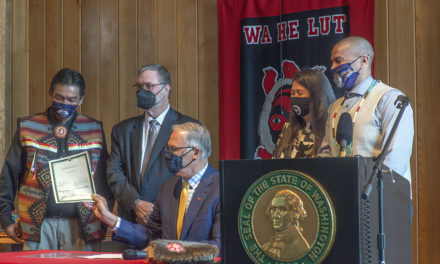