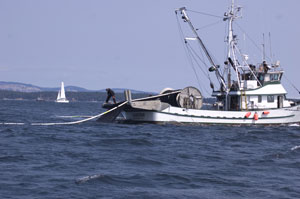 With many salmon runs on the decline, tribal fishermen are finding it harder than ever to make ends meet all year long. Even when salmon returns are plentiful, commercial fishermen who make a lot of money during part of the year might have no income at all after the season ends.

The Lummi Fishers Project is helping tribal members develop skills and business plans that allow them to remain in the fishing industry and still earn a living.

“We’re not training them out of the industry,” said Elden Hillaire, chairman of the Lummi Nation Fisheries Commission. “Our fishermen are always going to be fishermen.”

With the help of a $3.4 million U.S. Department of Labor grant, Lummi Fishers works individually with commercial fishermen to match them with training and careers that are linked to their existing skills.

For example, some tribal members are training at Skagit Valley College’s Marine Manufacturing and Technology Center to get certified in all phases of boat building.

“A lot of our guys are interested in boat building,” said Kathy Pierre, project director for Lummi Fishers. “That’s the skill set they already have, but they just might not be certified. Gaining the certification opens up a whole set of doors to other jobs.”

Others have been trained to participate in the commercial squid, sardine and herring industries in Alaska, California and Oregon. They’ve acquired new skills such as hanging different nets, working with hydraulics and repairing boats.

An ideal example is a diver who also is a welder by trade, Pierre said. He is training in underwater welding, which will make him employable all year long.

The project also benefits tribal members who are no longer fishing.

“A lot of people stopped fishing because the industry collapsed and they were unable to maintain their gear,” Pierre said. “I fished all my life until eight years ago. Some people have struggled from then to now, so this program is helping them get back on their feet, plan a career and put together an education plan to reach their goal.”

Lummi Nation received the Department of Labor grant last year to help tribal fishermen affected by the decline of the Fraser River sockeye salmon fishery, which was declared a commercial fishing disaster in 2008. 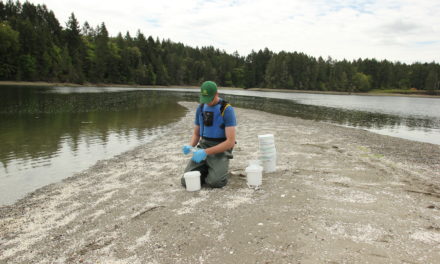 The Herald: Tulalips can hunt on firm’s property