The Lummi Nation and seven Whatcom County dairy farms announced today an agreement to improve water quality in the Nooksack River Basin, in order to reopen Portage Bay shellfish beds that have been closed since fall 2014 by bacteria contamination.

Known as the Portage Bay Partnership, the agreement will help protect water supplies by initiating a cooperative approach to developing facility-specific plans for dairies that join the partnership.

The partnership was signed today at the Lummi Reservation by farmers and the Lummi Nation, culminating more than 15 months of talks by the parties.

“We want to work together to protect water for all and to return it to the productive state it once was,” said Timothy Ballew II, Chairman of the Lummi Indian Business Council. “The Portage Bay Partnership is an opportunity for the Lummi to safeguard our harvesting communities by working with farmers to address all sources of water contamination.”

“While this first step involves a number of actions aimed at addressing water contamination, we believe the most important element is the beginning of a more positive, constructive and beneficial working relationship between the farmers and the Lummi Nation,” said Rich Appel, a dairy farmer and key member of the team that developed the partnership.

The partnership includes a process for farmers and Lummi representatives to work together with agreed-upon experts to review current farm practices and to develop Water Quality Improvement Plans (WQIP) for individual farms.

Initial, specific plans for two farms are to be completed in early 2017, and finalized by May 1. If successful and agreed upon by farm and Lummi representatives, the development of plans can proceed to other Whatcom dairy farms.

The agreement also includes an initial payment from farmers and the dairy industry to the Portage Bay Shellfish Recovery Fund in recognition of the impacts suffered by Lummi fishers for lost opportunities to harvest shellfish for commercial, ceremonial and subsistence purposes. Farmers and the Lummi Nation will work together to raise additional funds from various sources.

The partnership marks the beginning of a process that will ultimately lead to judicially enforceable agreements to improve the water quality of the Nooksack River.

“While farms were major contributors of contamination in the past, today there are multiple causes that must be addressed,” said Mitch Moorlag of Edaleen Dairy, a negotiator for the farmers. “This partnership enables us to work with Lummi leaders and others in the community to more effectively address the water contamination that keeps the shellfish beds from reopening.”

“Farms are not wholly responsible for the contamination, but the farms that have joined the partnership are stepping forward as leaders in fixing it, and we hope others will follow their example,” said Merle Jefferson, executive director of the Lummi Natural Resources Department.

In 1996, bacterial contamination closed approximately 735 acres of shellfish beds in Portage Bay. After a decade of technical assistance, compliance enforcement inspections and water quality monitoring activities, the beds were reopened for harvest in 2006. However, after approximately five years of continued water quality degradation and limited corrective actions, portions of the Portage Bay shellfish growing area were closed again in September 2014. 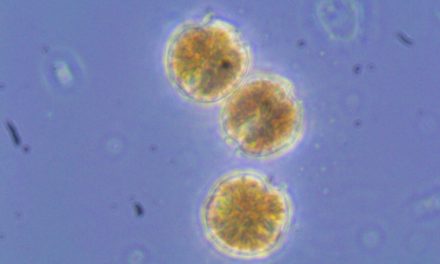