The Lower Elwha Klallam Tribe was rewarded this week for its recent restoration work in the Elwha River valley.

The tribe received the Washington-British Columbia Chapter of the American Fisheries Society 2009-2010 Conservation Organization of the Year award at the society’s annual meeting in Nanaimo, British Columbia on March 3.

The Conservation Organization of the Year is awarded to an organization that has significantly contributed to a program or activity for conservation of fishery resources or habitats.

The tribe was selected for:

3) dike removal and installation of engineered logjams; and 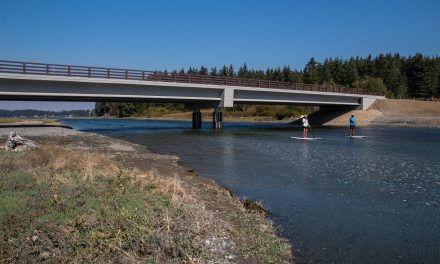