Chasing cougars on the Olympic Peninsula is not for the faint of heart.

It involves scrambling in and out of steep mountain drainages, bushwhacking through dense forests, and trying to determine what a cat has eaten based on the bone and fur remains found at its kill sites.

For the next three years, the Lower Elwha Klallam Tribe and the University of Idaho will find out the size of the cougar population in the area, and use GPS collars to observe migration and population patterns, eating habits and socialization with other animals.

The tribe also has contracted with Conservation Canines from the University of Washington to use dogs to survey cougar and bobcat scat for genetic studies. Tribal member and University of Idaho research assistant Cameron Macias will analyze the scat to identify individual cats, and conduct a population estimate for both cougars and bobcats in the tribe’s historic use area.

Joining the tribe is Mark Elbroch, a cougar researcher from Panthera, a nonprofit dedicated to studying all 40 wild cat species around the world. Elbroch, who lives in Sequim and is a certified animal tracker, helps the tribe look for cat behavior clues in the field.

“What the tribe is doing is cutting-edge connectivity research,” he said. “Combining genetics and GPS movement data has shown to have the best results for insights that are so much richer than if the two components were looked at separately.”

Last winter, the tribe collared one male cougar with a GPS collar. During the spring and summer, tribal staff have been tracking the cat’s movements. The eventual goal is to collar at least a dozen cougars locally, and more across the peninsula.

When the cougar is seen hanging out in one spot for several hours, indicating the cat may have made a kill or bedded down, the tribe will go in as soon as possible to make observations. They often find remains of elk, deer, and mountain and North American beaver.

Based on the first year of scat detection work, opportunistically placed trail cameras, and snow tracking surveys, the initial consensus is that the population is smaller than expected.

Elbroch also will help the tribe set up a camera grid system to monitor all the wildlife in the tribe’s hunting area. There will be 64 motion-triggered game trail cameras set up in the field that will capture images from July through September.

The tribe and Panthera also hope to collaborate with other tribes, Washington State, University of Massachusetts, and the American Museum of Natural History to learn how cougars move across the Olympic Peninsula and ultimately, the Interstate 5 corridor.

This is essential work to ensure cougars on the peninsula are never cut off from mainland populations, Elbroch said, as well as guide development in the region, which is the fastest growing area along the west coast.

“We’re all doing our own work but it makes sense to see if we can connect with each other to create a more comprehensive picture of the Olympic Peninsula cougar population,” said Sager-Fradkin.

“We’re just getting started,” Elbroch said. “Conservation work like this takes time and lots of effort—but ultimately is well worth doing for the conservation of the species and to improve better human-wildlife relations.”

Skull fragments and fur remains from a cougar kill site in the Olympic Mountains. The Lower Elwha Klallam Tribe is partnering with University of Idaho, University of Washington and the non-profit Panthera to study the cougar and bobcat population in the Olympic Mountains for the next three years. The partners has spent the summer following a cougar that was collared last winter. Photo: Tiffany Royal 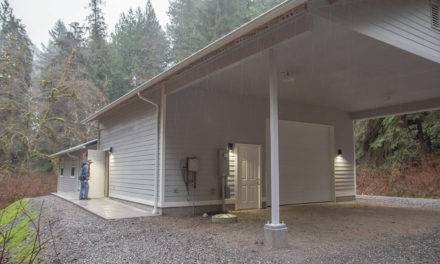