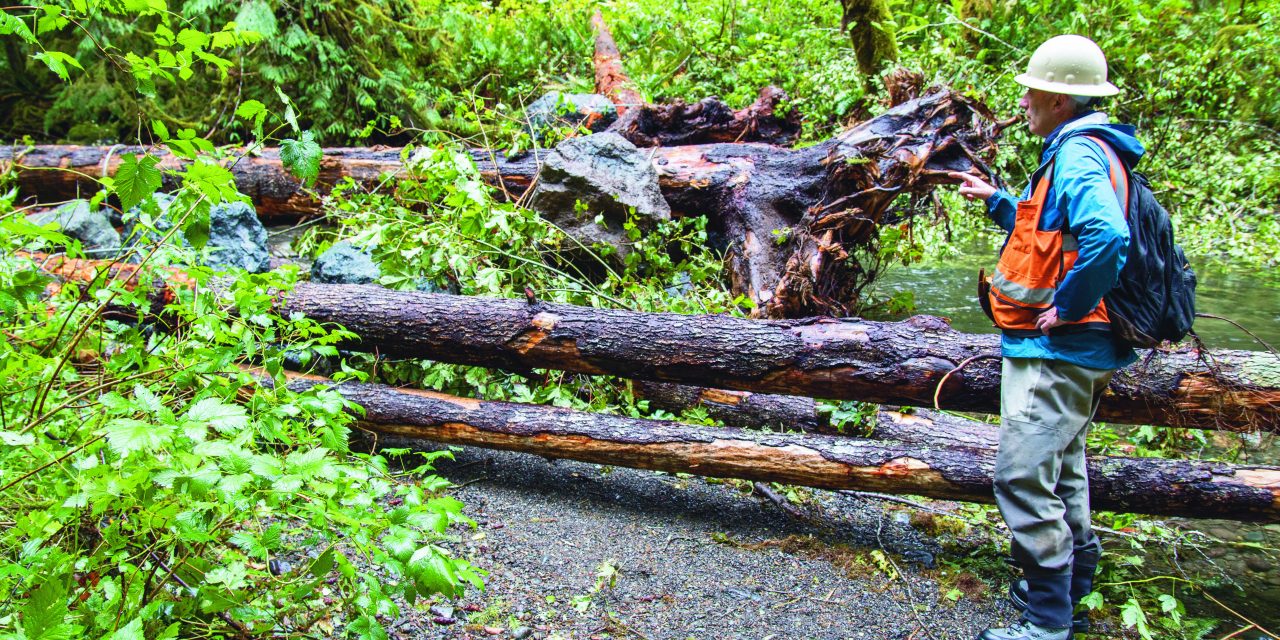 Using a heavy-lift tandem-rotor helicopter, logs and rocks were airlifted and set into place in Little River, a tributary to the Elwha River, and Deep Creek, an independent tributary to the Strait of Juan de Fuca, west of Port Angeles, this fall.

Little River is one of the first tributaries that salmon recolonized after swimming past the old Elwha Dam site. Since dam removal in 2013, Puget Sound chinook, steelhead, coho and pink salmon, plus bull trout, have been using the tributary for spawning.

“While fish have been using Little River to spawn, the habitat has been degraded because of the historic logging practices in the area,” said Mike McHenry, the Lower Elwha Klallam Tribe’s habitat program manager. “Historic logging practices resulted in the loss of large riparian trees and in-channel wood, leading to the loss of pools and gravel, which salmon need for resting, feeding and spawning.”

The loss of wood results in channel incision, he said. Without the wood, the fast-flowing water scours fine gravel needed for spawning, leaving behind larger rocks, and in some extreme cases, bedrock.

To improve the habitat, the tribe placed 1.25 million pounds of logs and boulders at 78 locations within a 1.5 mile section of Little River.

It’s part of a two-year effort to fix the river system; next year, the tribe will work downstream on private properties. This year’s work required the helicopter because of a narrow canyon.

“It’s a much more environmentally responsible way to move material as needed in those steep canyons and harder-to-reach areas,” McHenry said.

On Deep Creek, the tribe installed 589,000 pounds of logs in 15 sites along more than 1 mile of the creek. The logjams are designed to improve winter and summer habitat for coho, steelhead and chum salmon and cutthroat trout.

This effort is the tail end of 20 years of restoration work in this creek as part of the Strait of Juan de Fuca Intensively Monitored Watershed Project, an effort to evaluate the effects of watershed restoration on habitat and salmon populations.

Deep Creek’s poor habitat also stems from historic logging practices. At one time it was a productive creek for salmon and a cultural site that included a small village.

“Anywhere you have had industrial logging, you can predict the same impacts, which last centuries,” McHenry said. “When you think about how big the trees were that fell into the creeks – do a few restoration projects and we’re still not even scratching the surface of what was there historically.”