After 11 years of intense labor, the Lower Elwha Klallam Tribe has completed 33 engineered logjams (ELJs) in the Elwha River, all in preparation for this year’s deconstruction of the river’s two fish-blocking dams.

“I am extremely proud of our habitat restoration crew,” said Russell Hepfer, the tribe’s vice-chairman. “I can’t wait to see the salmon using the logjams. We have been planning and waiting for so long, it will be a good day in our history when fish start utilizing the whole river system again.”

Logjams help create proper salmon habitat in a river, such as pools of water for resting and feeding and gravel beds needed for salmon spawning.

The tribe initiated efforts in 1999 to restore the river habitat with six logjams. Throughout the years, the tribe’s efforts were recognized and awarded for showing how ELJs help restore habitat.

“This is one of the largest ELJ restoration efforts to date in the Pacific Northwest, possibly the world,” said Mike McHenry, the tribe’s habitat program manager.

The 33 logjams were put to a test in December 2010, when the Elwha River peaked at 22,000 CFS (cubic feet per second). Following inspections, the logjams proved to hold up to the intense flows.

The tribe was resourceful in acquiring the thousands of trees needed, including using trees that were removed as part of hatchery construction and modification of the reservation setback levee. Additional wood was purchased locally.

The Elwha and Glines Canyon dams were constructed in the early 20th Century, blocking access for fish to the upper watershed. In addition, the 5 miles of river habitat below the dams was damaged through dike construction and logging, destroying habitat salmon need to survive.

“Removing the two dams on the Elwha River will restore the river to its natural state and allow all five species of Pacific salmon and other andromous fish to once again reach more than 70 miles of near-pristine freshwater habitat,” McHenry said. “In turn, the salmon will return vital nutrients to the watershed, restoring the entire ecosystem, from insects to eagles.”

Funding came from the National Oceanic and Atmospheric Administration, Washington State Salmon Recovery Funding Board, the Bureau of Indian Affairs and American Recovery and Reinvestment Act.

Squaxin Island Tribe releases salmon to find out where they go 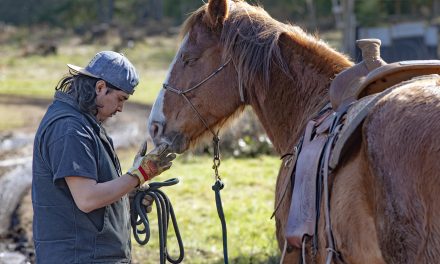 Restoring the Cultural Importance and Healing of Horses