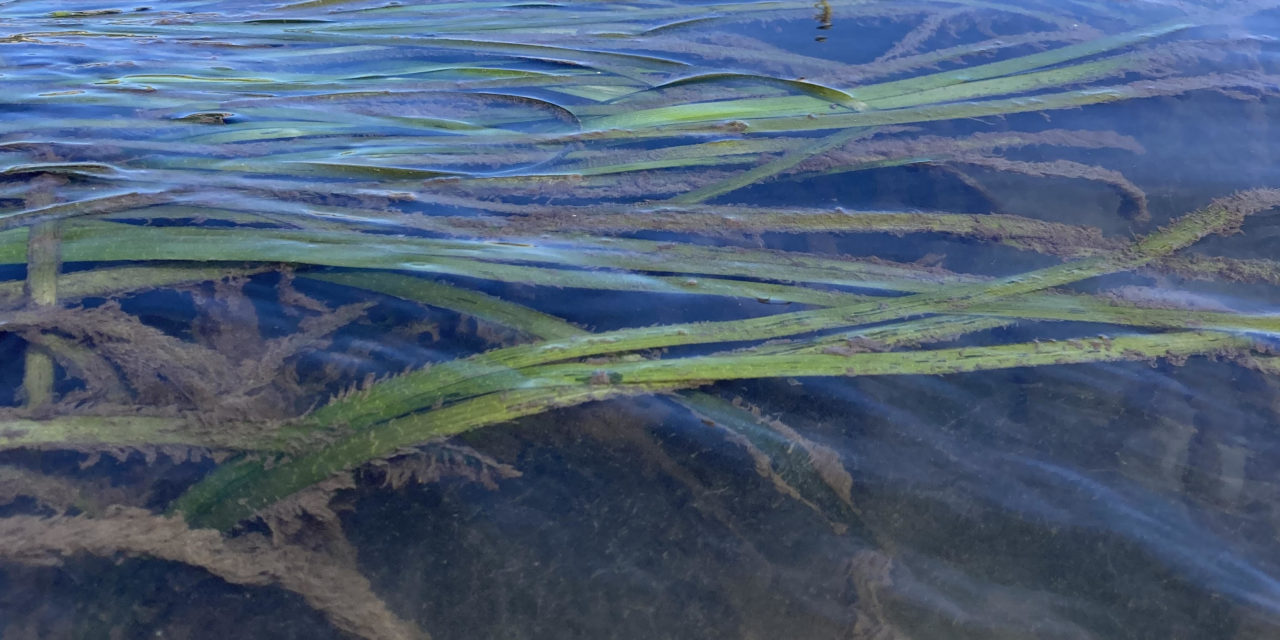 The Lower Elwha Klallam Tribe is restoring Ediz Hook for both salmon and the public, on land and in the water.

Below the surface, the tribe and partners Pacific Northwest National Laboratory (PNNL) and Washington Sea Grant have been restoring eelgrass beds on the sand spit’s south shore for the past four years, with greater success than expected.

Initially, 3,350 eelgrass shoots were harvested from the bay in 2017 at the site of a proposed U.S. Navy pier. Of the harvested shoots, 1,100 were replanted in test plots in the bay and 2,250 shoots were planted in an eelgrass nursery at PNNL’s Sequim facility.

By 2021, with careful and attentive monitoring by PNNL biologists, nearly 20,000 shoots had been cultivated for restoration projects from the initial 2,250 shoots. Divers have planted most of these along shallow subtidal areas of the interior of Ediz Hook in three planting operations.

“We’ve had quite a successful operation and appear to have some really productive and resilient eelgrass in the harbor,” said Matt Beirne, the tribe’s natural resources director. “Planting eelgrass is tricky and time intensive, with a high degree of variability in success. However, our plantings have had greater rates of survival than many other eelgrass planting efforts in Puget Sound.”

Eelgrass meadows buffer the effects of ocean acidification, stabilize the nearshore, and are used by juvenile salmon, other fish and invertebrate species for foraging, spawning and rearing. Decades of wood waste deposition from the mill at the western end of the spit had led to degraded eelgrass beds and marine life habitat.

The tribe and partners will continue to collect data about the performance of the eelgrass plantings as well as distribution and recolonization of natural eelgrass meadows, which will be helpful in long-term monitoring efforts, Beirne said.

Upland, the tribe spent the last half of the summer restoring the beach at the former Olympic Rowing Club site.

The tribe’s restoration crew removed existing piers and shoreline armoring such as concrete, creosote beams, riprap and metal, and brought in logs and clean beach sand. A former building pad and parking area was removed and will be planted with native dune grass in 2022.

About 1,500 yards of clean sand was used at the rowing club site, and another 2,500 yards were placed east of the site. The tides will help push sand into the beach to further restore it at a natural rate.

“The project is designed to improve habitat for forage fish and marine birds, improve salmon migration corridors and facilitate human recreation opportunities,” said Mike McHenry, the tribe’s fisheries habitat manager. This is the tribe’s fourth restoration effort on the south shore of Ediz Hook over the last two decades.

”The stewardship demonstrated by the Lower Elwha Klallam Tribe for this critical nearshore habitat is unsurpassed,” said Nathan West, Port Angeles city manager. “This work continues to result in the repair and removal of multiple industrial-era structures and features that saw decades of neglect. These restorative actions along Ediz Hook have resulted in enhancements to the experiences of community members and visitors alike as they learn, explore and recreate.”

The rowing club had moved an overwater structure upland but did not have the funding to restore the beach. They partnered with the tribe, which secured a grant from the Pacific Coastal Salmon Recovery Fund. The Port of Port Angeles also donated several dozen log booms to the project.