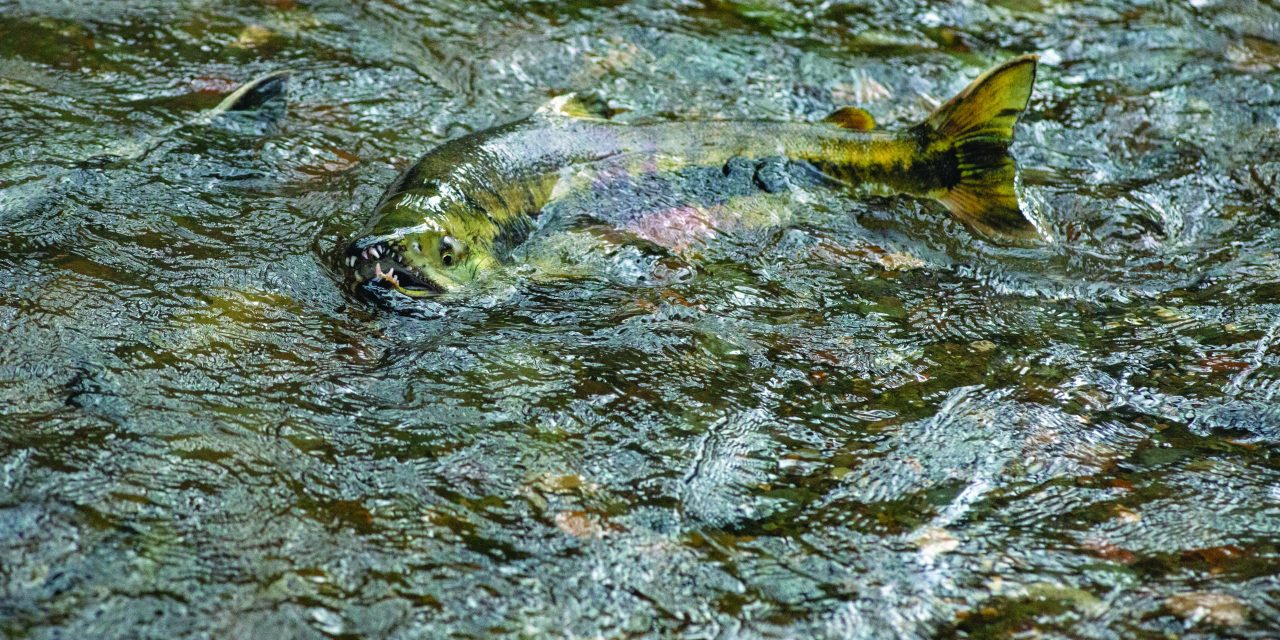 “We had hoped we might get escapement early and be able to schedule some longer fisheries, but we had to wait through most of the season to meet escapement goals based on our counts of returning adults to streams, and that meant just a couple of short openers in inlets that would allow it,” Kuntz said.

Some tribal hatcheries made only 3 percent of their egg-take goal.

The Skokomish Tribe’s Enetai Creek Hatchery was planning to take 5 million eggs from chum salmon returning to the hatchery.

“We ended up with 177,000 eggs from only a couple hundred fish,” said Robert Blankenship, the tribe’s hatchery manager. “The egg take also was two weeks later than usual. We normally start taking eggs by November 1, but we only had three days of egg take – November 19, 23 and 30.”

The strange thing is that the fish looked better and healthier this year, compared to last year, when they looked weak, he said.

The local state hatcheries fared a little better with egg returns, Blankenship said, and he has put in a request for eggs from the Hoodsport and McCurren hatcheries, which is not an uncommon request.

“We’re just trying to request help to help prevent a blank year in a few years,” he said. “In the meantime, we’re concentrating on upgrades to our facility, such as a new circular tank project and spawning channel upgrades.”

Bill Patton, South Puget Sound biologist for the Northwest Indian Fisheries Commission, said that chum test fishery returns in South Sound showed catches only a little better than last year, which meant most tribes either didn’t fish or only fished a few days.

“Between the test fishery and what the survey crews were seeing in the watershed, it just wasn’t that much better, though not quite as horrible as last year, which was the second worst in at least 40 years,” Patton said.

In North Sound, Patton said there was projected to be a fishable return of Fraser chum, but the fish did not return in expected numbers and catches remained low.

North Kitsap Herald: ‘The Power of the Canoe Journey’