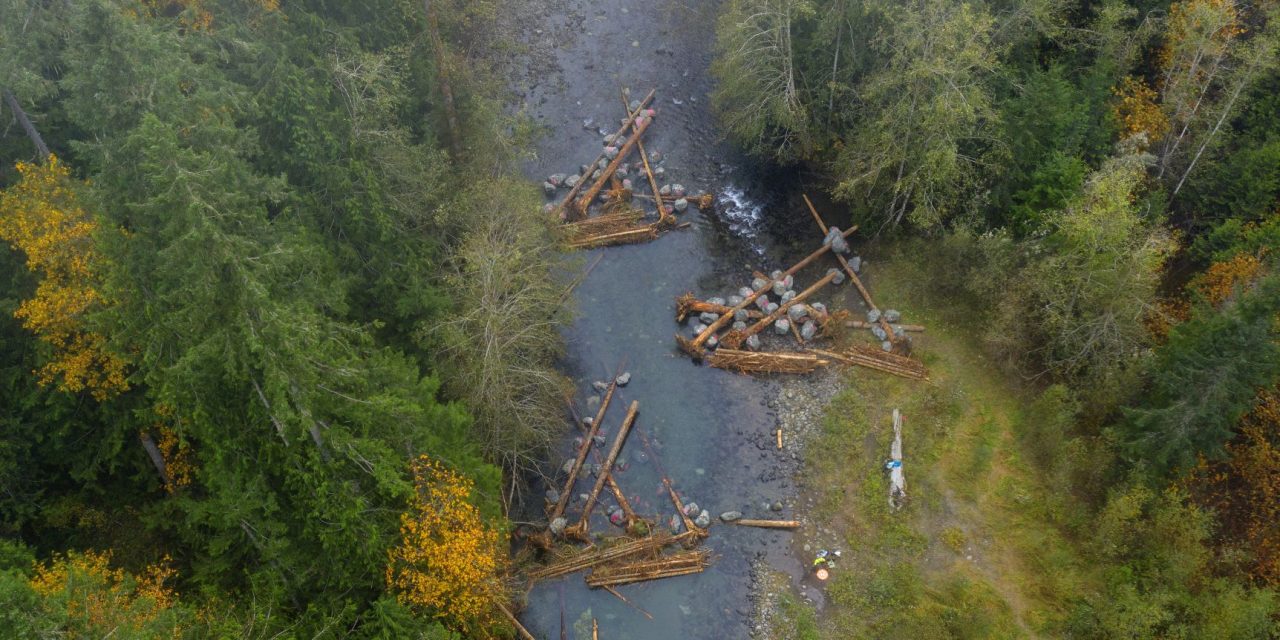 “We found a 14-acre floodplain in the river that was sitting high and dry but had once been an integral part of the river system,” Turnbull said. “Big logs with root wads that naturally fall into the channel help harness the river’s energy to form deep pools of slower moving water, create and sustain side channels, and hold back spawning-size gravel – all of which salmon need to thrive.”

Lack of wood in a river system means that high flows can wash out salmon egg nests (redds), which has a devastating effect on the chinook salmon population in the river, Turnbull said.

These disconnected floodplain reaches used to provide off-channel habitat that sustained salmon runs, the same runs that are now listed under the Endangered Species Act, he said.

Over the course of three days in late September, heavy-lift helicopters built 13 engineered logjams within a 1-mile reach, using logs with root wads, anchoring them with rock collars and bundles composed of smaller diameter wood and tree limbs. Excess woody materials were placed throughout side channels to create more fish habitat.

The tribe partnered with the U.S. Forest Service to build the project on federal land, and Olympic National Forest donated all the trees. Another key project partner was the Washington Department of Natural Resources, which allowed the tribe to stage materials, such as the rock collars, as close as possible to the project site to allow for the most efficient use of the helicopter’s time to transport materials.

Where Is The Water Coming From In Dungeness Bay?

Puyallup Tribal News: My How Times Have Changed — Charlie Cantrell

Boldt 40 videos are being posted