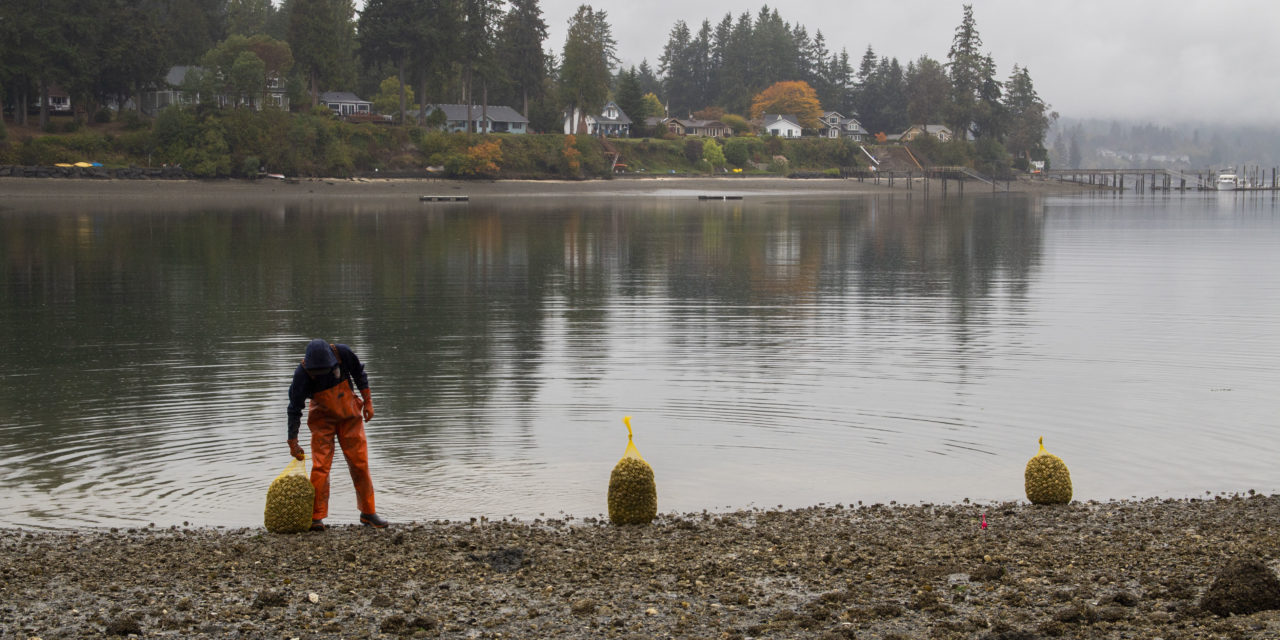 The Suquamish Tribe is harvesting clams from Liberty Bay after a 30-year closure.

The state Department of Health had prohibited shellfish bivalve gathering from the bay since the early 1990s because of high levels of pollution from animal waste, stormwater runoff and leaky septic systems.

“Many beaches where the tribe historically harvested in Puget Sound have been closed to harvest due to pollution, so opening Liberty Bay means we’ve made significant progress with our cleanup efforts there,” said Viviane Barry, the tribe’s shellfish program manager.

From 2009 to 2014, the tribe, city of Poulsbo, and county and state agencies were involved in an extensive effort to clean up the bay. In 2017, the state department reclassified more than 700 acres (about one-third) of the bay as Conditionally Approved, reopening the bay to shellfish harvesting.

Nearly 20 tribal members came out for the historic first harvest on the west side of the bay in early October.

The tribe has a high stake in improving and maintaining water quality to sustain shellfish harvest in its Usual and Accustomed area, which also helps the marine habitat, Barry said.

“When the water quality is good for shellfish harvest, it also benefits other marine animals such as salmon and crab.

After the reclassification, the tribe notified beachfront property owners and conducted surveys to determine where the shellfish population could sustain harvest. 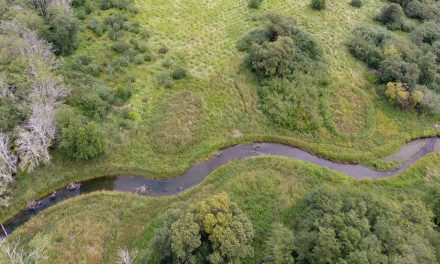 New video: Carving a canoe for the Stillaguamish Tribe