The Kitsap Sun reported on the fish kill that took place this week in southern Hood Canal. Reporter Chris Dunagan did an update for Wednesday, when oxygen levels improved.

A spot shrimp found the shores of Hood Canal. Courtesy of The Skokomish Tribe

The massive fish kill that many researchers warned about Monday has not  fully materialized, but many hundreds of dead fish and thousands of shrimp washed up on Hood Canal beaches Tuesday, officials said.

“We have hypoxic (low oxygen) conditions all the way to the surface,” Jan Newton, an oceanographer who heads the Hood Canal Dissolved Oxygen Program said shortly before noon Tuesday. “There is less than 1 milligram per liter (oxygen) at Hoodsport, and lots of residents are reporting dead fish on the beaches.”

Those levels are highly stressful for most marine creatures and lethal for some.

Ron Figlar-Barnes, a biologist with the Skokomish Tribe, walked the beaches in the Hoodsport and Potlatch areas, finding hundreds of dead fish scattered throughout that area at low tide. Seagulls were having a feeding frenzy.

Seeking oxygen, shrimp were swimming into the fresh water that passes through lower Cushman Dam and into Hood Canal at Potlatch, Figlar-Barnes said. Many were dying there because they could not survive in the fresh water.

Aside from monitoring the situation, the Skokomish Tribe’s Director of Natural Resources, Joseph Pavel, has this statement:

Another fish kill in Hood Canal due to low dissolved oxygen was not unexpected since the conditions that would lead to this event had been detected.  It is unfortunate that we have come to expect these events but are unable to say with any certainty when we can expect the situation to improve.  While the magnitude of this particular fish kill may not seem as drastic as others, it should be just as alarming as any other event and serve as a warning that we must continue to improve our efforts to address water quality issues in Hood Canal. 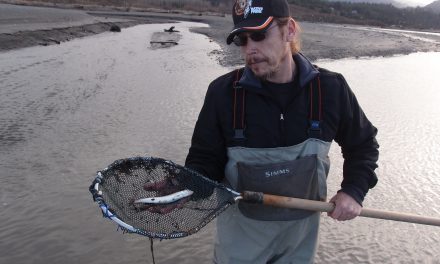