Kitsap Sun: Coho Getting Upstream, But Blocked by Culvert

Jon Oleyar, a habitat biologist for the Suquamish Tribe, looks over a stream where a culvert has stopped salmon from swimming upstream. (MEEGAN M. REID | KITSAP SUN)

The Kitsap Sun reported on coho returning to Central Kitsap’s Wildcat Creek but they are being blocked from getting upstream as far as possible by a culvert. Jon Oleyar, a Suquamish Tribe biologist who studies the returning fish in local streams annually, discusses the importance of good habitat for fish.

Migrating salmon on the Kitsap Peninsula continue to benefit from high streamflows created by recent rains. Now, coho salmon, which like to swim far upstream, are helping biologists uncover new problems with the ecosystem.

Such is the case with a tributary upstream of Wildcat Lake in Central Kitsap, where a culvert appears to create a dead-end for coho.

“Look at them,” said Jon Oleyar, a biologist for the Suquamish Tribe, standing at the edge of the stream on Tuesday. “They’re just waiting to go up.” 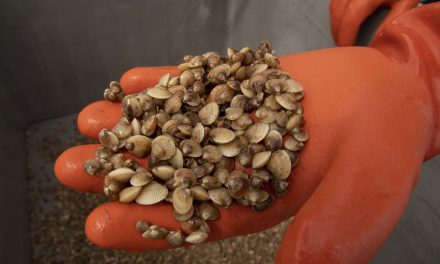 “We all benefit from shellfish agreement”