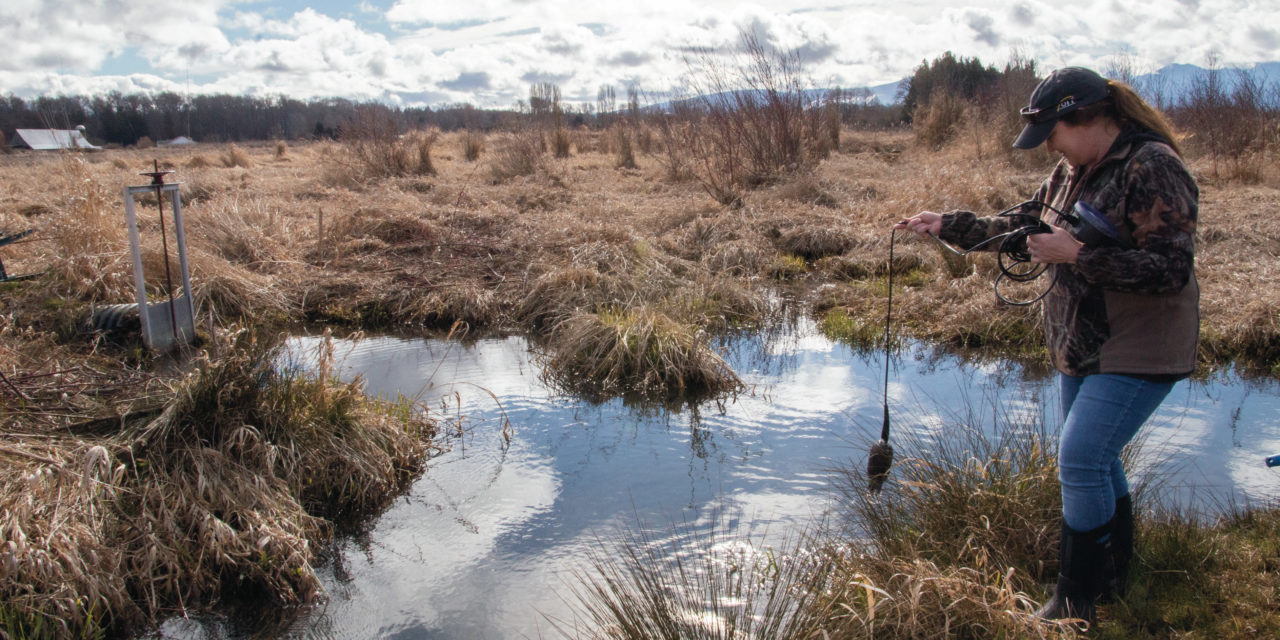 The recent partnership of the Jamestown S’Klallam Tribe, Clallam County Environmental Health (CCEH) and Clallam Conservation District  has led to cleaner waters in the Dungeness watershed.

Staff from the tribe and CCEH sample water monthly and collect water temperature data year-round from nearly two dozen sites along Matriotti and Lotzgesell creeks, major tributaries to the Dungeness River, which drains into Dungeness Bay. The bay has a long history of fecal coliform pollution.

“Monitoring the water quality of these streams has helped us focus on problem areas that have contributed to the pollution levels,” said Lori DeLorm, a Jamestown tribal natural resources technician.

The work paid off in the first focus area, Golden Sands and Meadowbrook sloughs, which had extremely high bacteria levels. After working with property owners on their septic systems, bacteria levels were reduced drastically.

The tribe started monitoring water quality in the watershed in the early 2000s after the bay was closed to shellfish harvest because of fecal coliform bacteria. For centuries, the tribe has relied on shellfish as a source of sustenance, even more so as fishing populations have declined.

The tribe and the county joined forces in 2015 under the county’s Pollution Identification and Correction program (PIC), which was designed to improve the water quality of Sequim and Dungeness bays by investigating sources of bacterial pollution over 215 square miles.

When a source is detected, PIC partners connect landowners with resources to help correct the problem. This includes technical assistance with livestock management and financial assistance for repairing a failing septic system. Sometimes a correction is as simple as bagging and throwing away dog and cat waste, DeLorm said.

“The PIC program has been an excellent example of how tribes, counties and private landowners can work together to find water quality problems and fix them,” she said.