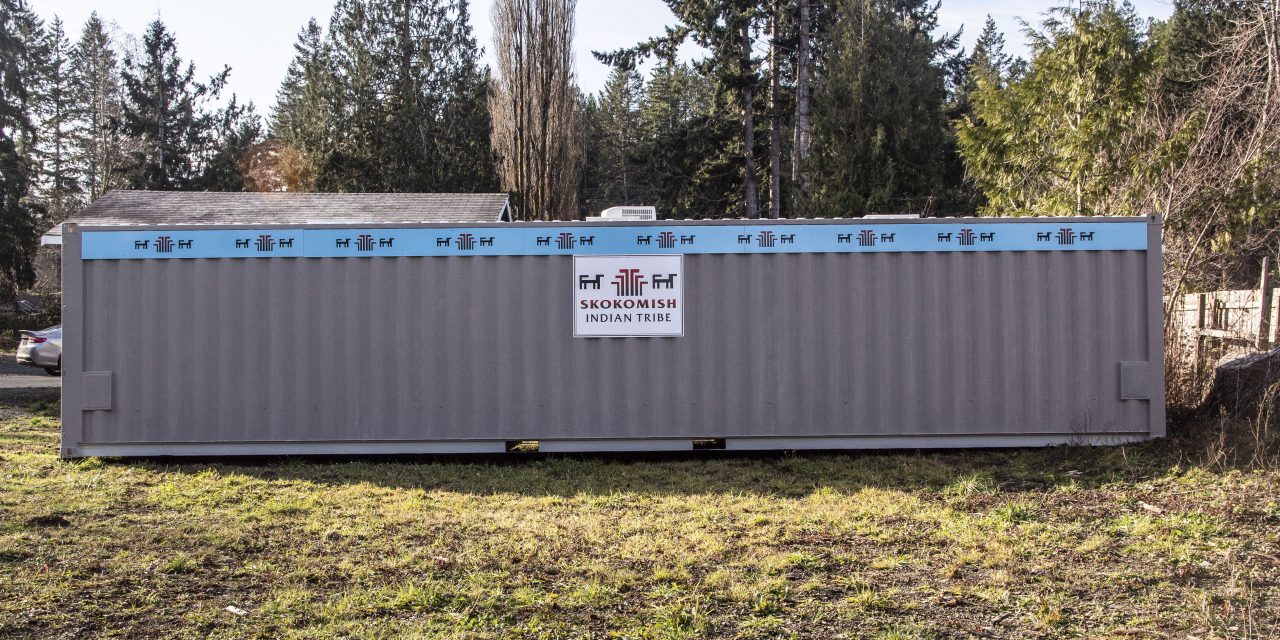 An “instant hatchery” will increase the Skokomish Tribe’s chum salmon egg production at its Enatai Creek Hatchery at minimal cost.

The tribe received funding to produce 5 million chum smolts for Washington’s Orca Task Force program from the Bureau of Indian Affairs and the federal Hatchery Reform Project. Blankenship reached out to Redd Zone, an Astoria-based company run by two former hatchery and fisheries managers in Oregon and Alaska, to see about expanding the tribe’s production capacity.

Redd Zone developed a hatchery system that operates inside a shipping container and is a fraction of the cost of constructing a brick-and-mortar building.

The 40-foot-long steel container is outfitted with 36 incubator boxes, each with a substrate and screen system that mimics the gravel egg nests in the river, while limiting the amount of light exposure to the eggs.

“It can up our production from 3.5 million fish to 5 million, plus we’ll have extra incubators to help start a coho program if we want to, or produce more chum,” said Dickie Adams, a Skokomish tribal hatchery technician. 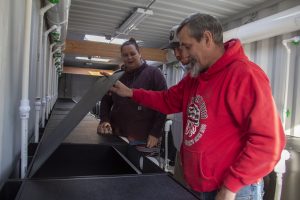 The container is plumbed with water intake and outflow plumbing systems that will minimize handling of the fish when they are transferred from the boxes to the rearing ponds. Each incubator box has its own water supply and flow valve controller.

“It’s pretty much self-contained, so if something happens, the whole hatchery isn’t affected,” Adams said. “Also, it’s a lot easier to clean than our concrete raceways, and we can send the fish out to the circular tanks with less handling.”

The tribe received the trailer this fall and will use it during the 2020 fall chum salmon spawning session.

“It’s basically plug-and-play,” Adams said. “The design is awesome. It’s not going to just benefit the tribe, it’s going to benefit everyone who comes in contact with those fish. It’s a win-win for everybody.”

The 40-foot-long “instant” hatchery was delivered to the tribe in November. Photo: Tiffany Royal