Cynthia Iyall, chair of the Nisqually Indian Tribe, penned an op-ed in Indian Country Today this morning, focusing on the tribe’s commitment to natural resources:

Despite the occasional token outreach, the mainstream leadership of this country hasn’t looked our way too often for guidance. But a new wind suggests that is about to change.

When President Barack Obama signed the Omnibus Public Lands Management Act of 2009, he said we would no longer “take our forests, rivers, oceans, national parks, monuments, and wilderness areas for granted; but rather we will set them aside and guard their sanctity for everyone to share.”

The most important of those values is preserving our relationship with the earth.

We recently made an agreement with the City of Olympia, Washington state’s capital, to re-open access to the headwaters of Medicine Creek, a historically spiritual site we call She-nah-num. We have also created unique inter-governmental partnerships with the state and our surrounding county to manage and maintain public parks.

It took the Nisqually tribe more than a decade working diligently with Ducks Unlimited and the U.S. Fish and Wildlife Service to restore more than 900 acres in a nearby estuary. The tribe was also awarded $600,000 last month from the Environmental Protection Agency for research in the Nisqually Delta. 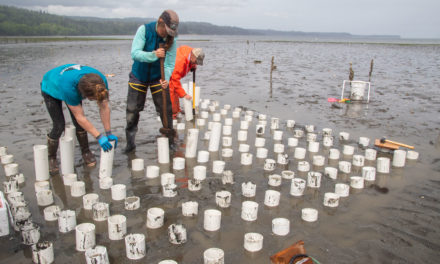