The black button on the control panel may have had a larger effect than raising the level of the North Fork of the Skokomish River or providing more spawning ground for salmon.

Many hope it will help ease contentious relations between Tacoma Power and the Skokomish Tribe.

About 60 people – including members of the city-owned utility, contractors and the tribe – stood atop Cushman Dam No. 2 on Friday afternoon to celebrate a quadrupling of water flow into the river, an issue over which the tribe has long sought resolution. In less than an hour, the flow from the dam increased from 60 cubic feet per second to about 240 cubic feet per second. 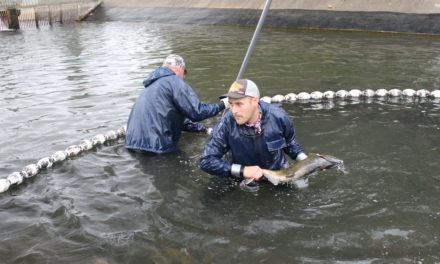