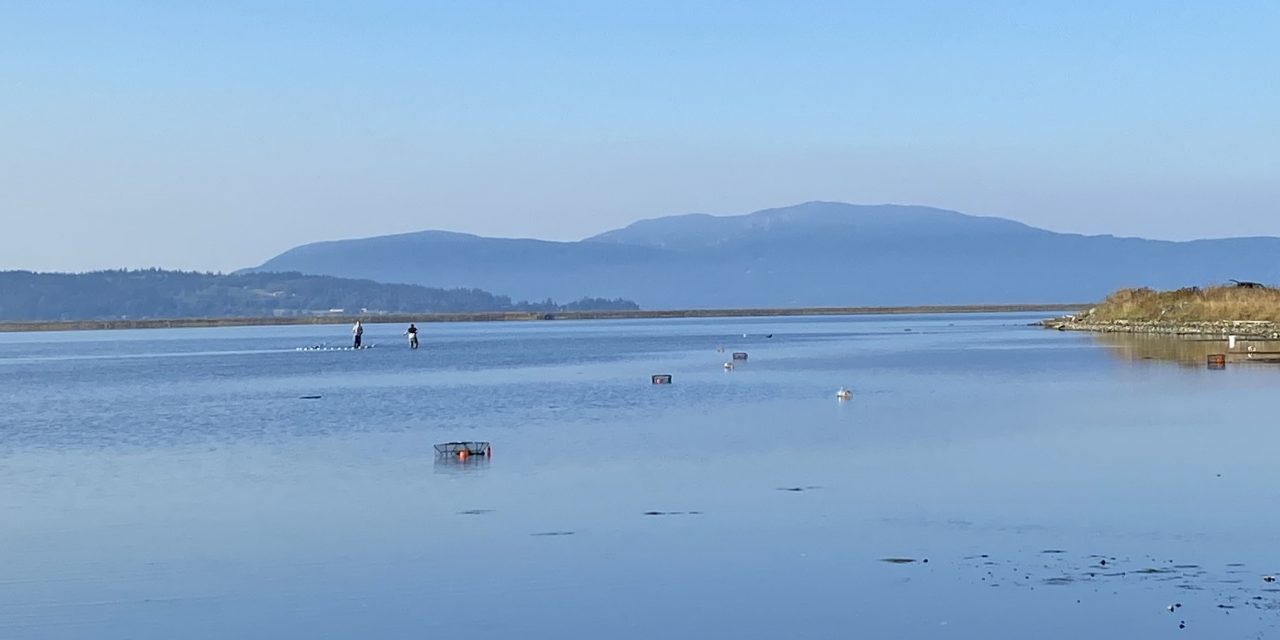 In the year since the first invasive European green crab were found on Lummi Nation beaches, hundreds more have been trapped in the aquaculture pond near the tribe’s fish and shellfish hatchery.

At this point, trapping and removing live crabs is the only way to slow down the growth of the invasive population. The goal is to prevent them from destroying salmon estuary habitat, preying on native shellfish such as juvenile clams and oysters, and competing with juvenile Dungeness crab. On the East Coast, European green crab are blamed for the collapse of the eastern softshell clam industry in Maine. 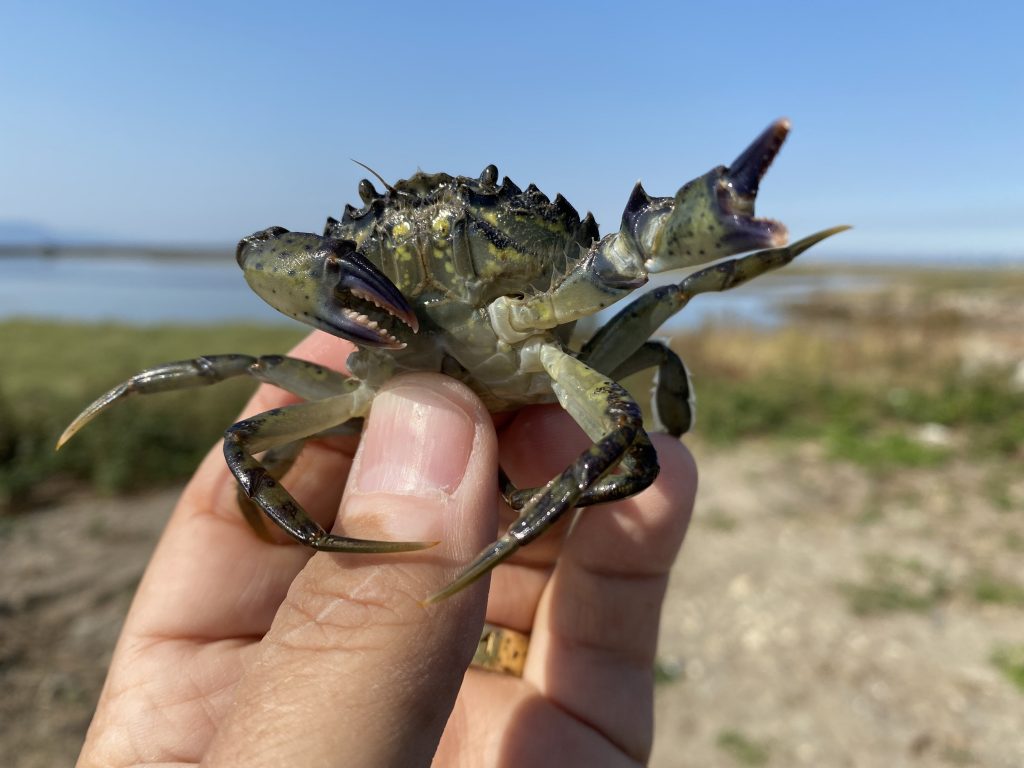 One of the nearly 1,000 European green crab captured in the Lummi Sea Pond in September. Photo: Karl Mueller, LNR.

In 2015, Washington Sea Grant’s Crab Team began a coordinated regionwide early detection effort in partnership with the state, several tribes and volunteers. Until now, the largest numbers were found near the Makah Reservation.

“The numbers that have been captured at Lummi Bay this year – and the particularly large boom of young of the year – far, far surpass any other site along inland Washington shorelines,” said Emily Grason, Crab Team program manager.

Lummi Nation began trapping and removing European green crab in October 2019, after they were found in nearby Drayton Harbor in September. Natural resources staff began the 2020 season with about 50 traps per night, trapping twice a week, increasing to an average of 70 traps per night by the end of the season.

“At first we would catch 15 to 20 a week, but then it jumped to 100 to 125 a week,” Jefferson said. The increase likely coincided with the young of the year reaching the life stage where they could forage for food, finding themselves in the baited traps, he said.

The numbers led the tribe to partner with the Crab Team, Washington Department of Fish and Wildlife, and the University of Washington for the largest trapping effort since the invasive species was found in this part of the country.

“The sea pond appears to be, in some ways, a nearly perfect incubator for green crabs,” Grason said. “The enclosure protects the site in such a way that it creates conditions we don’t really see on that large of a scale anywhere else. It’s quite shallow but retains water all of the time, and it’s very protected from a lot of other conditions that might make it hard for green crabs to survive.”

The team set 290 traps over two nights in early September 2020 and caught 989 European green crab in the Lummi sea pond alone. Not only is Lummi Bay home to the 750-acre sea pond where the tribe cultivates shellfish and juvenile salmon but it also is surrounded by the most productive natural shellfish beds on the reservation. A green crab infestation in Lummi Bay threatens both hatchery operations and tribal shellfish harvest.

Alternate measures have been considered to get the European green crab out of the sea pond. But draining the pond would be difficult and seining is too labor intensive. Trapping continues to be the most effective removal tool, Grason said. After increasing numbers were found on Dungeness Spit, the U.S. Fish and Wildlife Service began aggressively trapping there. After four years, trapping brought the number down to only three European green crab in the 2020 season.

“Once they take hold, like any other invasive species, it’s really hard to do anything,” Jefferson said. “We’re not going to be able to eradicate the population with trapping and removing, but we may be able to slow the invasion and get them out of the aquaculture pond at least.” 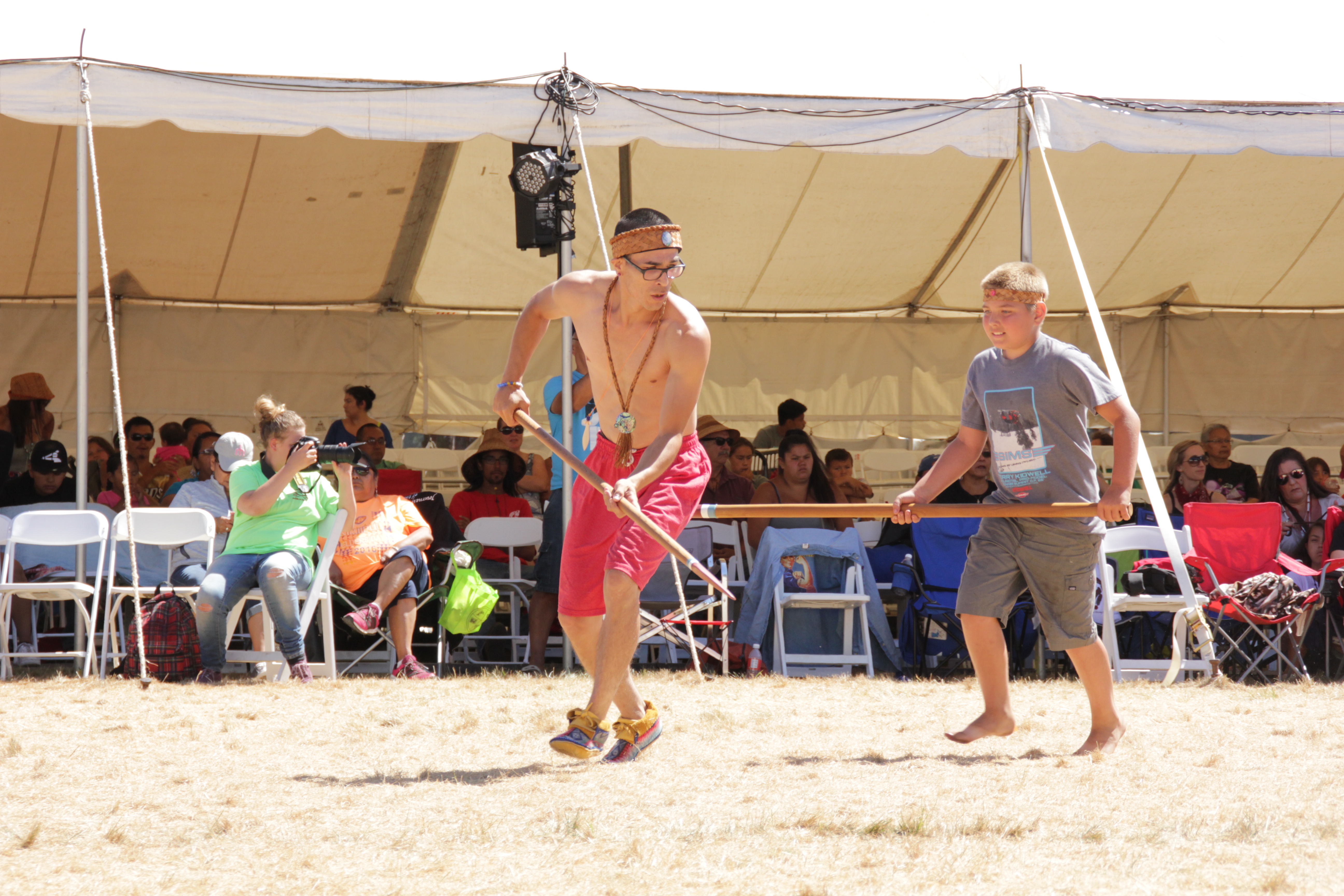