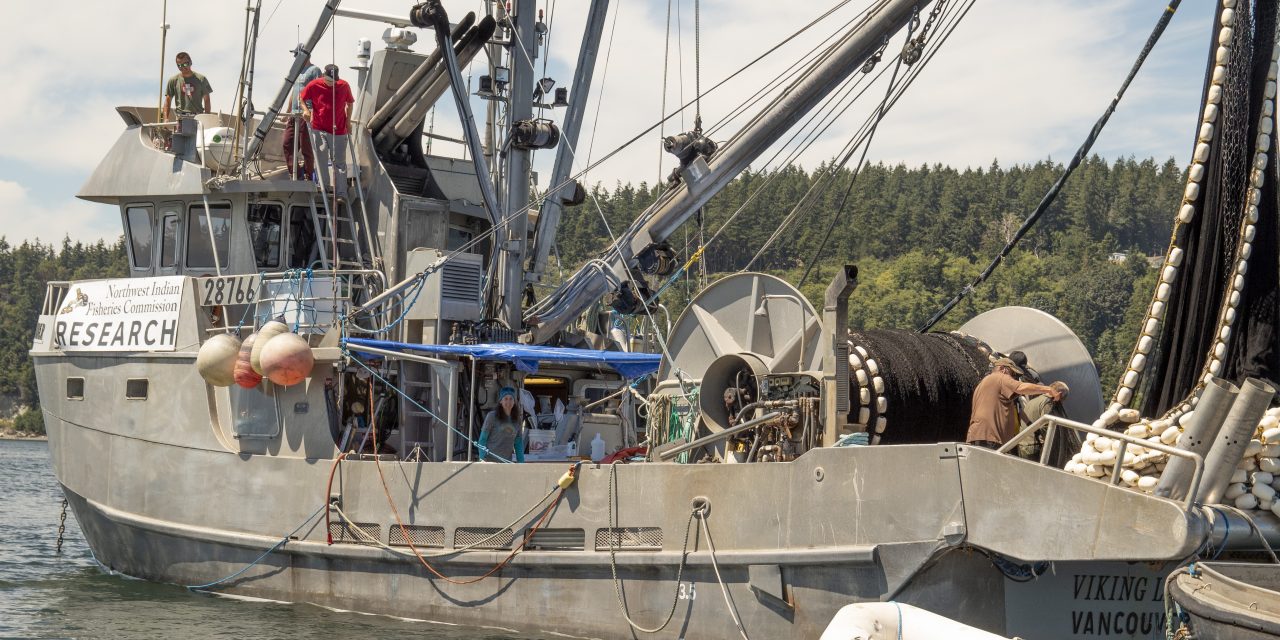 Not enough is known about what happens to salmon between the time they leave their natal rivers and when they return to spawn.

To learn more, the Tulalip Tribes is in the second year of studying juvenile salmon in Puget Sound’s offshore marine areas. Tribal natural resources staff and a research biologist from the nonprofit organization Long Live the Kings boarded the purse seiner Viking Leader, operated by a crew out of Canada, for two weeks in July to collect samples of salmon, forage fish and plankton at sites from Bellingham to Olympia.

“We are able to sample the same sites during the same time as last year, so we can start comparing our data from one year to another, and try to find ways to improve salmon survival in multiple watersheds,” said Tulalip tribal member Andrew Skoog, who has worked for the natural resources department for four years and also was part of the sampling work last year.

“I see the life cycle of these salmon from when they’re just fry at the hatcheries all the way to when they swim up the rivers and spawn,” he said. “Adding the marine offshore sampling on top of the nearshore and estuarine sampling we already do just bridges the gap.”

Data collected each year can help fisheries managers throughout Puget Sound understand why ocean conditions are good for salmon some years and not others. The sampling is an annual snapshot at each site, providing information about the number of fish, as well as their diets and growth.

The research team measures the sampled fish to track growth and learns what the chinook have been eating by gently flushing their stomachs with water. 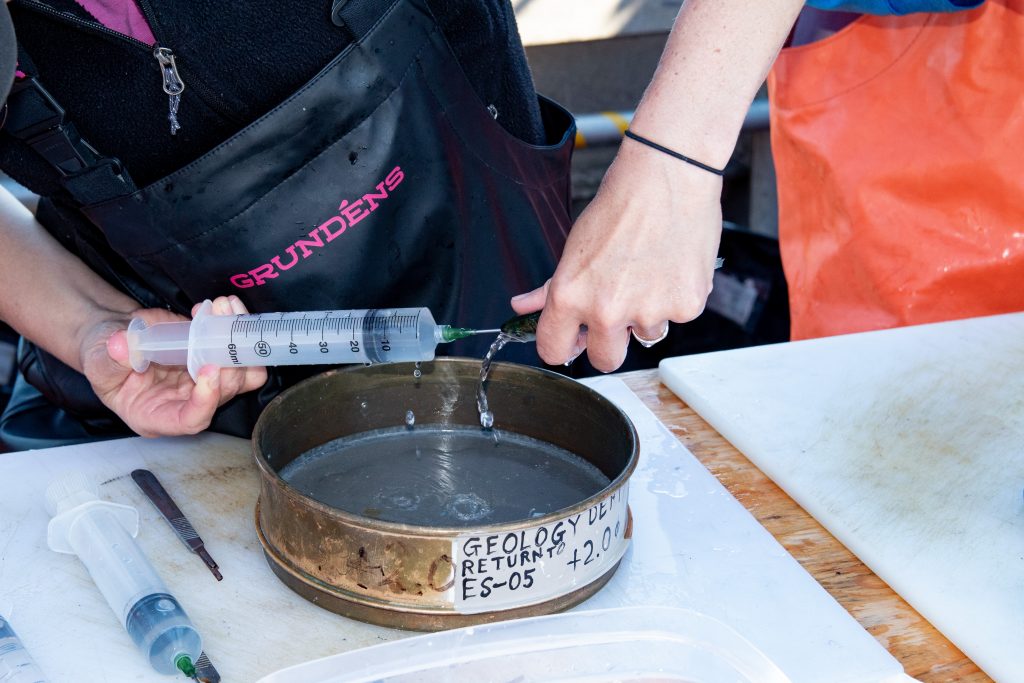 Last year, the team had to use sonar to find fish, said Liz Duffy, science project manager for Long Live the Kings. This year, she saw fish jumping out of the water at some sites. In addition to salmon, the purse seine caught an abundance of herring and smelt—two types of the forage fish that salmon eat.

“Everybody is saying the ocean conditions are good this year, but we can’t say exactly why that is,” said Mike Crewson, Tulalip salmon enhancement scientist. “In years with poor ocean conditions, we need to understand how they affect survival of juvenile salmon and herring in order to be able to address causes or adapt to the changing conditions.”

The Tulalip Tribes so far have funded the offshore marine sampling through the Bureau of Indian Affairs’ Tribal Climate Resilience Ocean and Coastal Management Planning program.

“The funding is helping us set up this critically important monitoring program that we need to assess Puget Sound ecosystem health and the effects of changing climate and ocean conditions on salmon growth and survival,” Crewson said.

At least 10 years of data is needed for fisheries managers to begin drawing correlations.

“I used to fish for chinook and coho salmon with a set net in Tulalip Bay before I started working with the Natural Resources Department,” Skoog said. “Anything that helps us understand salmon better so we can have more fish return to where they were released is extra important to me and a lot of other tribal members who rely on fishing as their main source of income.”

Above: The Tulalip Tribes and partners sampled juvenile salmon at sites across Puget Sound from the purse seiner Viking Leader. Photo and story: Kari Neumeyer