Holding the state to task on clean water, saving salmon

Unfortunately, the federal government has been lax in enforcing state compliance with the Clean Water Act even though it has provided funding for it.

Earlier this week Northwest Environmental Advocates filed a lawsuit to force federal funders to cut off funding to state programs that undermine efforts to recover salmon and protect clean water:

“Congress was very clear that the federal agencies are required to use fear of funding losses to kick coastal states into high gear on protecting water quality,” said Nina Bell, Executive Director of NWEA. “But, for 18 years, the federal agencies have blatantly ignored the law and done nothing to protect the coastal water quality that Washington citizens desire and Washington species require. The Department of Ecology’s failure to control polluted runoff from farms, urban areas, and logging is an attack on salmon, orca whales, shellfish beds, and recreation.”

The federal law requires EPA and NOAA to withhold at least one third of federal grant funds from states that have failed to obtain approval of their coastal nonpoint source runoff programs, starting in 1996. The Washington Department of Ecology receives an average of $3 million each year from EPA to support its nonpoint source program and $2 million annually for its coastal zone management program. Both grant programs are subject to the funding cuts.

From Treaty Rights at Risk:

The entire lawsuit can be found here. 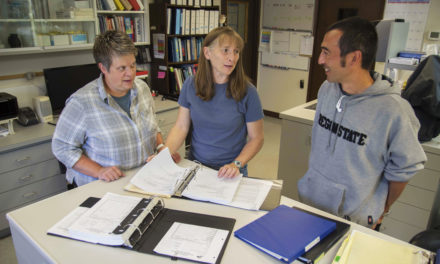