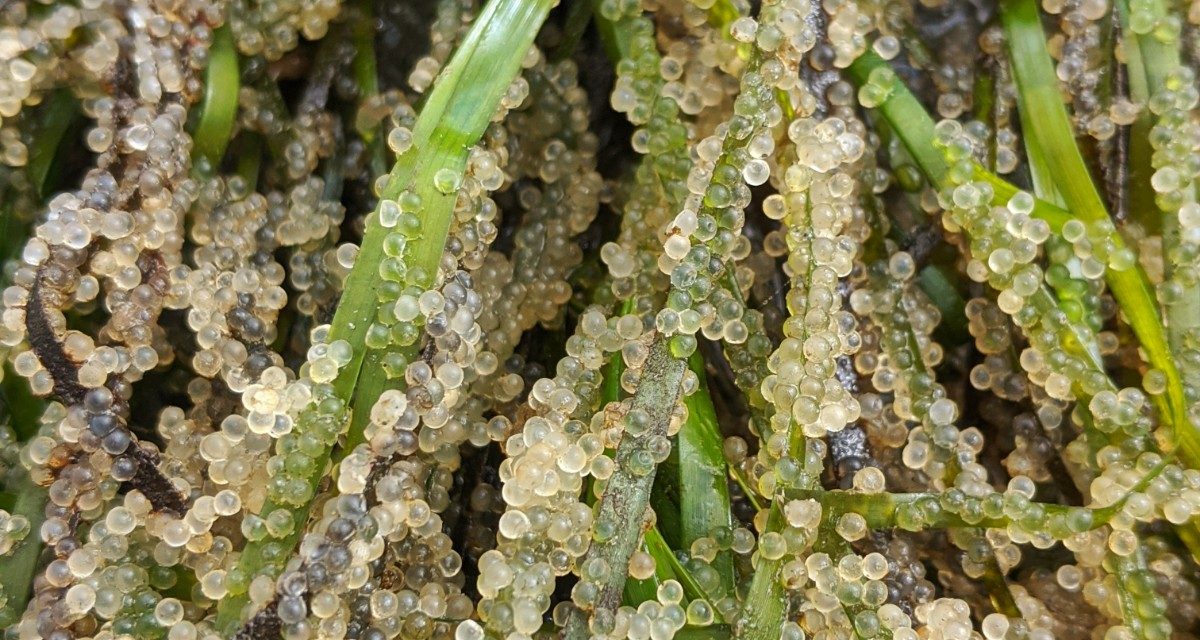 What was thought to be a dwindling herring population made a surprising appearance this spring in Puget Sound and the Strait of Juan de Fuca.

Schools of the silver forage fish were found along shorelines, filling eelgrass beds with translucent golden eggs in March and April, creating a mighty buffet for marine life.

The feeding frenzy caught the attention of Jon Oleyar, the Suquamish Tribe’s fish biologist, who soon began receiving reports of herring swimming by the dock in downtown Suquamish. Tribal fishermen then started reporting catches of herring, ranging from 500 to 2,000 pounds, he said.

“During my 20-plus years working here, I have never had a tribal fisherman fish for herring on or around the reservation until this year,” he said. “Many elders I spoke to don’t recall seeing anything like this during the last 50 years or so.”

The herring spike is important, as it was recently believed that the population might be heading for extinction due to lack of herring in areas that were once abundant, Oleyar said.

Herring lay their eggs on eelgrass and other underwater vegetation. Coincidentally, the tribe and the state have been improving eelgrass beds and habitat on private and state beaches for the past decade.

“We hope some of this is starting to pay off and benefit some of the locally important wildlife,” he said.

The resurgence of herring has cultural importance too, as younger tribal members have only heard stories of how their grandparents used to harvest herring and herring roe from the waters and beaches surrounding the Port Madison Reservation. Now there could be possibilities for them to harvest in the future as well.

Herring populations are considered one of the Puget Sound vital signs, an indicator of the sound’s health, and an important part of the food web as a source for salmon and other wildlife.

“If we see consistently bigger herring spawning events, does that cascade up the food web to have benefits for salmon throughout Puget Sound as well?” he said.

As for reasons for the big spike, it’s speculative within the region’s science community, Todd said.

“It gave me a sense that if we can continue monitoring and have a few more of these abundant events, in addition to the other food web research going on in Puget Sound, we might be able to piece together why this is happening and what we could expect in the future.”