The Peninsula Daily News reported on the Feb. 5 groundbreaking ceremony for the Lower Elwha Klallam Tribe’s new hatchery. The new facility will be constructed within the next 18 months to replace the tribe’s existing hatchery. This project is another major milestone in progressing toward the removal of the Elwha River’s two fish-blocking dams.

The tribe’s chairwoman Frances Charles and the tribe’s river restoration director Rob Elofson led the festivities, which included speeches from dignitaries such as Stan Speaks of the Bureau of Indian Affairs and U.S. Representative Norm Dicks, followed by a tribal dinner and honoring event.

With shovels in hand, dignitaries from near and far — including Lower Elwha Klallam Tribal Chairwoman Frances Charles and U.S. Rep. Norm Dicks — broke ground on the $16.4 million Elwha River fish hatchery last week.
More than 200 citizens attended the one-hour ceremony at the future site of the facility near Stratton Road on the Lower Elwha reservation west of Port Angeles on a sun-splashed Friday.
The hatchery is a key component of the National Park Service’s $308 million removal of the Elwha and Glines Canyon dams. Actual dam removal will begin in 2011 and run through 2014. 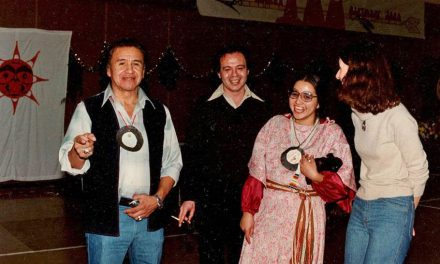