State of Our Watersheds: Glacier melt, logging threatens salmon in the Queets 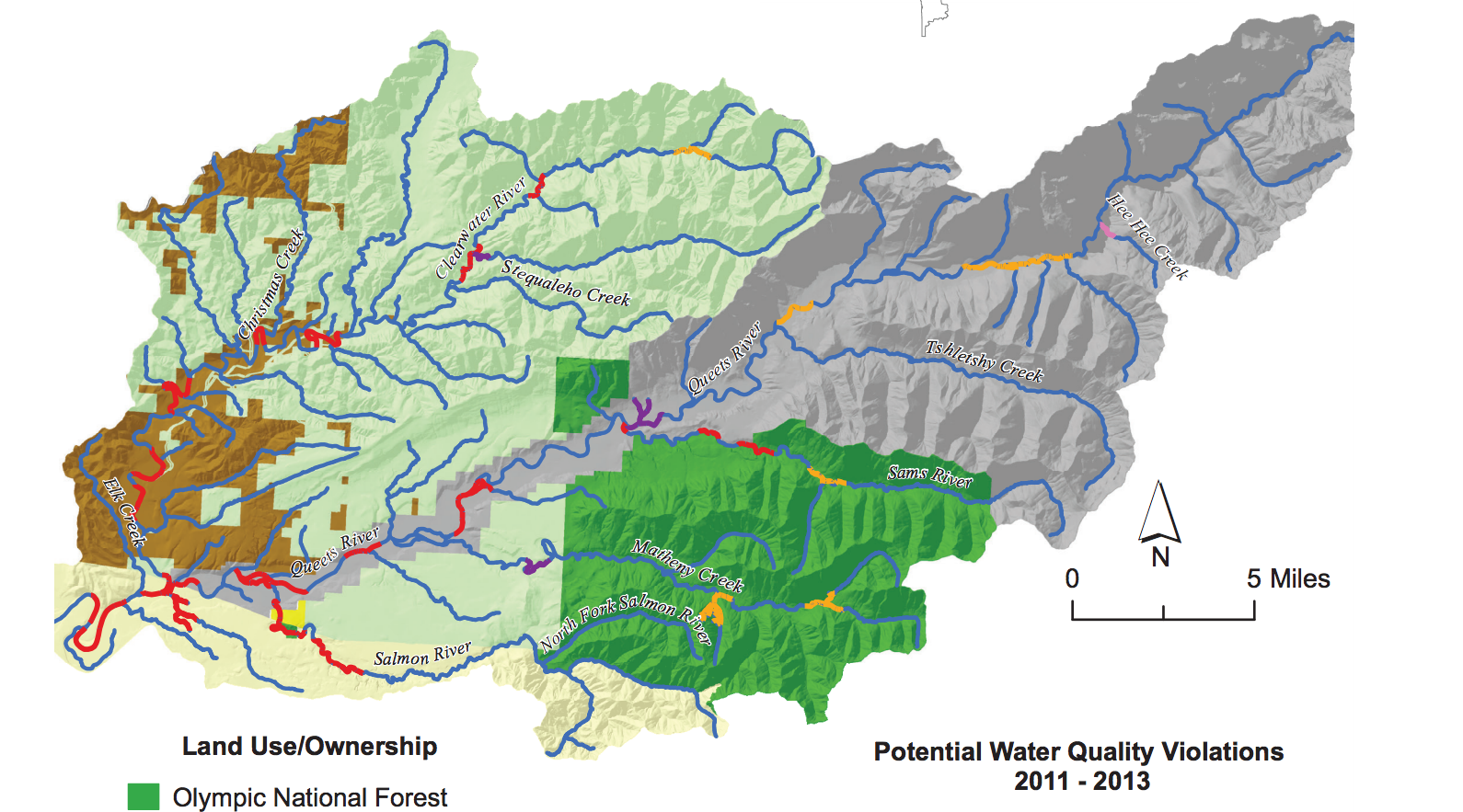 Salmon are threatened by increasing water temperatures in the Queets River due to logging and glacier melt.

In the State of Our Watersheds Report, released by the treaty tribes in western Washington, the Quinault Indian Nation cites data from dozens of temperature monitors set throughout the Queets River. From the report:

These long-term trends can have devastating effects on salmon populations:

These potential violations are likely caused by forest practice activities and glacier loss. Insufficient accumulation of snow in the glacier during winter results in low spring flow of glacier water to cool surface waters in warmer summer months. Salmonid fish in general and bull trout in particular require cool and well-oxygenated water, and these widespread water temperature impairments will have an impact on fish production in the Queets River watershed.