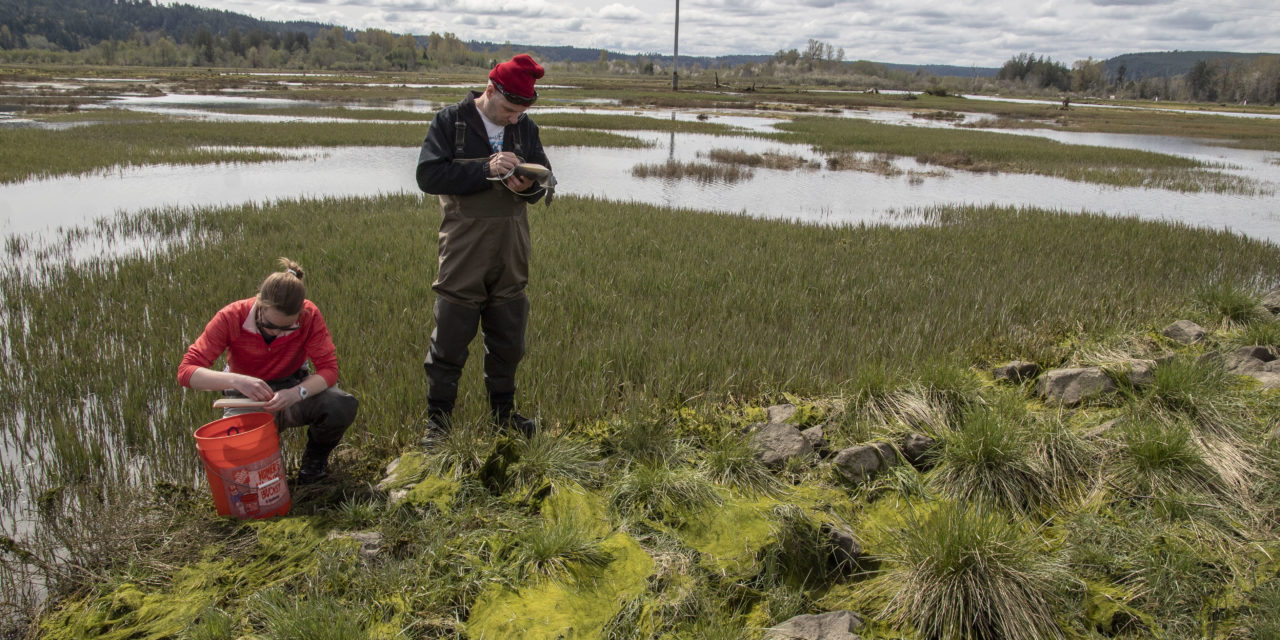 A variety of fish and native plants in the 1,000-acre Skokomish Estuary have been thriving within two years of a nearly decade-long estuary restoration.

The Skokomish Tribe has been monitoring the area year-round by sampling 50 channels for fish and studying the resurgence of native plants.

While the tribe has been collecting fish data extensively since 2012, biologists have seen changes over the past few years in out-migrating juvenile and returning adult populations.

“Since the restoration, it seems we’re catching more fish per set, but the numbers of salmon go up and down depending on species, site and year,” said Anthony Battista, the tribe’s steelhead and salmon biologist. “The distribution and diversity of fish found in the restoration sites has equaled or been better than our control sites for not only salmonids but all fish species.”

After decades of tidal flow being blocked by tide gates and culverts, the restoration of the Skokomish Estuary created the habitat salmon need for survival. The Skokomish River supports Hood Canal summer chum and Puget Sound chinook, both listed as threatened under the federal Endangered Species Act.

A noticeable change has been in the decline of mud-loving plant species while native salt marsh species have been thriving, she said.

“This is telling us that the formerly muddy habitat is restoring into a healthy marsh community,” she said.

Biologists also noticed that sediment is being transported into the estuary and building elevation to help keep up with sea level rise. This stems from ongoing restoration work in the upper watershed, which promotes natural sediment distribution and increased floodplain connectivity, Belleveau said.