David Hudson, fisheries policy spokesman for the Hoh Tribe, speaks about the changes he has observed on the Hoh Tribe’s coastline due to climate change.

Climate change is occurring rapidly, creating an urgent need for the world to make use of indigenous ways of adapting and maintaining the resiliency that has served ancient coastal cultures for thousands of years.

That was the message delivered by representatives of most of the indigenous coastal people of the United States when they gathered last month in Washington, D.C., for the First Stewards Symposium, where their unified voices called for action on climate change.

The symposium was created to gather the voices and create a mechanism for the indigenous people of the United States to engage with governments, non-governmental agencies and others to help mitigate and adapt to climate change.

The very fabric of indigenous societies is threatened by the over-development of coastlines; alteration of freshwater streams and lakes; destruction of life-giving watersheds; destruction of reefs; and the decline of marine and terrestrial species. These have been exacerbated by climate change, creating astonishing changes in coastal natural systems that indigenous cultures are witnessing.

A resolution drafted by the newly incorporated First Stewards and sent to the U.S. Congress and President Obama requests formal recognition of the coastal indigenous people and their expertise in understanding and adapting to changes in their natural systems. The resolution asks for the federal government to “consult with our tribal governments and indigenous communities for guidance in all policies that affect our way of life and to support our management efforts, which will strengthen America’s resiliency and ability to adapt to climate change.”

“On our small islands in the Pacific, we indigenous Hawaiian, Samoan, Chamorro and Refaluwasch have survived for millennia by adhering to our ancestors’ wisdom of fashioning tools, thatching roofs and conserving resources in preparation of anticipated weather, both good and bad,” said Kitty Simonds, vice chairman of the First Stewards board of directors and Western Pacific Regional Fishery Management Council executive director. “Through its 2012 symposium and subsequent incorporation, the First Stewards of the Pacific Islands and the coastal and inland nations and tribes of North America have resolved to use our generational knowledge and the support of our youth, elders, friends and scientists to prepare our communities for the impacts of climate change, which are already evident in our oceans, glaciers, ice packs, estuaries, waterways and coastlines.”

The coastal tribes of Washington, which hosted the symposium, already see changes happening in their own villages. “Preparing for winter is an ages old principal,” said Micah McCarty, Makah tribal chairman and chairman of the First Stewards board of directors. “What we must prepare for now is staggering, but we must design regional and national pathways to create ways of working together to adapt to and reduce the speed of these changes. We can make a little more time to create these new strategies.”

In Alaska, many villages are out of time. Permafrost is no longer permanent in many places and will not support the infrastructure as it has for millennia. Melting sea ice has reduced the availability of food for animals and humans alike.

“Our vulnerable communities are being devastated by climate change in Alaska,” said Mike Williams, a member of the First Stewards board of directors, who hails from the Alaskan community of Akiak and is a member of the National Tribal Environmental Council executive committee. “We would like to see First Stewards work that will result in actions by Congress, and state and federal agencies for immediate assistance and relief.”

Simonds added,“E hume i ka malo, e ho`okala i ka ihe. We are girding our loincloth and sharpening our spears to undertake this project and are asking President Obama, the United States Congress and others to engage in sincere and earnest consultation with us, so our cultures, our peoples and our world can survive and thrive.”

A copy of the resolution can be found at www.firststewards.org 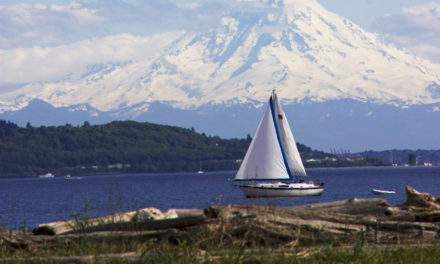