The Senate has resumed debate on a slate of unfinished FY ’04 spending bills with the end of the current fiscal year in sight and heightened talk of an eventual omnibus measure to wrap up the process. Sens. Ted Stevens (R-Alaska) and Robert Byrd (D-W.Va.), chair and ranking member of the Senate Appropriations Committee, have said they are reluctant to try an omnibus as opposed to dealing with each of the 13 spending bills individually. The process is well underway. Nonetheless, the choice may come down to a catch-all, or lawmakers may end up on Capitol Hill well into December. Bush has yet to sign a single FY ’04 spending bill. The House has passed all 13. The current fiscal year ends Sept. 30, so lawmakers are likely to begin passing a series of continuing resolutions that fund the federal government at current levels. Earlier this year, Congress approved eight CRs before finally agreeing to a $396 billion omnibus for FY ’03. 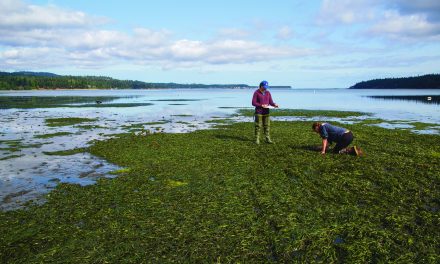 EarthFix runs story about effects of climate change on tribes