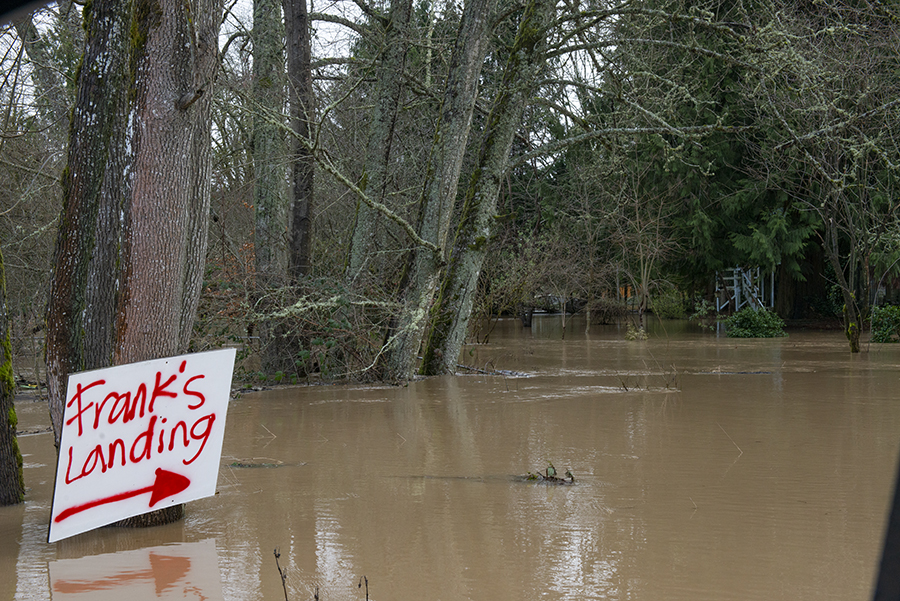 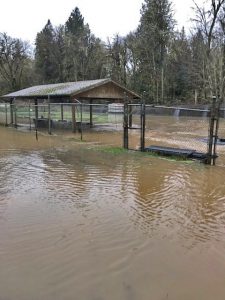 Flooding in February caused the loss of at least 100,000 tribal hatchery coho from rearing ponds. High flows also damaged equipment and mud had to be cleaned repeatedly from trays with young salmon in them.

The Puyallup Tribe of Indians lost two fish-acclimatization ponds, each holding 50,000 coho. The Cowskull pond filled with sediment from a slope failure before overflowing and flushing out fish. High flows blew out the dam at the Rushingwater Pond, sending another 50,000 coho into the raging flows that can reduce survival of young fish.

“It’s going to take hundreds of thousands of dollars and permits to repair the damage to those ponds before we can use them again,” said Russ Ladley, fisheries director for the tribe.

The Nisqually Tribe also lost some coho to flooding of the Kalama Creek Hatchery when the Nisqually River came over the banks and flooded rearing ponds. Eagles and herons were seen feasting on the young fish and salmon egg trays had to be cleaned.

“We’ve been working with the Federal Emergency Management Agency (FEMA) to submit our damages and that goes into a larger report,” said Bill St. Jean, enhancement program manager for the Nisqually Tribe.

Equally damaging was the slurry of chemicals coming from a nearby property, according to St. Jean. The tribe continues to monitor fish that remained in the hatchery, including some that were in trays that were exhibiting a gill disease. “We have some equipment that isn’t working and we’re getting back to our routine,” St. Jean said.