Sightings of the invasive European green crab are on the rise near Neah Bay.

As of mid-June 2018, the Makah Tribe had trapped 392 crab in the Wa’atch and Tsoo-yess rivers.

That is more than were found in 2017 in all of Puget Sound, the San Juan Islands and Strait of Juan de Fuca combined, which was about 100 crab.

A large-scale Puget Sound green crab early detection monitoring program began in 2015. Makah joined the effort in October 2017, after a green crab was reported on the Washington coast in August.

The Washington Sea Grant (WSG) Crab Team, which coordinates the monitoring program, worked with Makah to set up trapping and monitoring. In October, 34 crab were caught over two days.

“After that first event, we realized we needed to look harder and do more intense monitoring in 2018,” said Adrianne Akmajian, the tribe’s marine ecologist.

This year, the tribe is setting between 80-100 traps every two weeks for a 48-hour period in the two rivers that empty into Makah Bay, as well as several traps inside of Neah Bay. The work will continue through September.

“We’re still learning things, like what is really good habitat for green crab and where are the best places to set traps for them,” Akmajian said.

They also are collecting data about native crab and fish that are trapped, but don’t know yet if the green crab are having a detrimental effect on those populations.

“The numbers are still small compared to sites in California and Oregon, and the west coast of Vancouver Island,” said Emily Grason, WSG Crab Team program coordinator. “It’s too soon to tell what impact the trapping will have long term, but it’s incredibly valuable work the Makah are doing to reduce those numbers and collect data.”

Elsewhere on the Olympic Peninsula, the Jamestown S’Klallam Tribe is conducting exploratory trapping in Sequim Bay, and sites in eastern Jefferson County and on the Indian Island naval base.

“We’re putting out 20 traps for a few nights consecutively in several marshes this summer, just to see if there is a sizable population,” said Neil Harrington, the tribe’s water quality scientist.

“We want to augment what the volunteers are doing and make sure we’re not missing something,” Harrington said. “I’m pretty disheartened by how many they are finding out at Makah.”

Other tribes, including Lower Elwha Klallam, Swinomish, Stillaguamish, Samish and Suquamish, are partnering with volunteers to monitor Puget Sound. The Crab Team caught one green crab at Lagoon Point on Whidbey Island this year, after a small number were caught in North Puget Sound in 2017. 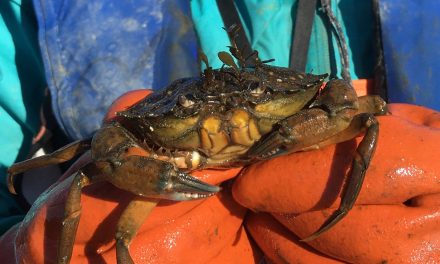 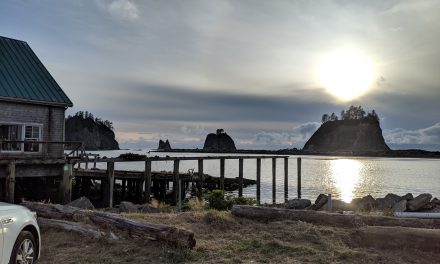