“Stay the course.” It was one of our late chairman Billy Frank’s favorite sayings. It was his way of encouraging us to keep moving toward our goals, regardless of who or what stands in our way.

We hope the U.S. Environmental Protection Agency will stay the course in the fight for more protective water quality standards for everyone who lives in Washington.

The federal Clean Water Act requires states to develop standards that ensure our waters are clean enough to provide healthy fish and shellfish that are safe to eat. EPA had to step in more than 20 years ago to develop human health standards for the state.

Now EPA has stepped in again to revise those standards to make sure they are fully protective of Washington’s residents. The state has tried to revise its standards in the last several years, but has repeatedly started, stopped, and delayed that work.

EPA stepped up to the plate after the state missed repeated deadlines. Gov. Jay Inslee has now ordered the state Department of Ecology to start rulemaking again.

Given the state’s track record, we do not have confidence that they will successfully complete this rulemaking. The state Legislature last year shot down Inslee’s water quality proposal, and could frustrate efforts again next year.

Under the Clean Water Act, once the agency determines that new standards are necessary to protect water quality, it is required to act promptly.

In addition to increasing the fish consumption rate to 175 grams per day and keeping the current cancer protection rate of one in one million, EPA’s proposal would more strictly regulate some of the most toxic chemicals such as PCBs, arsenic and mercury. These three chemicals are responsible for most fish consumption health advisories in the state. EPA’s proposal also uses the best available science by following the most recently updated federal guidance on these toxins.

In the few details the governor provided about his proposed plan, he would leave PCBs and mercury at their current levels and provide a more lenient standard on arsenic. Preserving the status quo for some of the worst pollutants and weakening standards for others will not get us where we need to be. While tribes support Gov. Inslee in his efforts to control pollution at the source, we believe a strong water quality rule should be the cornerstone of any such effort.

It is uncertain when or if the state will complete its rewrite of water quality standards or what those standards will look like. One thing seems to be certain – they won’t be as protective as the federal rule that is ready to be implemented.

That’s why the treaty Indian tribes encourage the EPA to proceed decisively with rulemaking. If the state is able to develop standards acceptable to the EPA, then the agency can rescind its rule in favor of the state standards.

In the meantime, every day of delay increases the impacts of toxins in our waters by slowing development of rules we know are necessary to protect the human health of everyone who lives here.

Being Frank: We Are All Connected 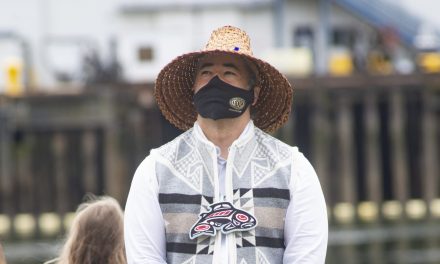