From an EPA news release:

Skagit County’s Samish watershed will come under closer scrutiny by federal, state and county environmental inspectors as they pursue cleaner water and safer shellfish in Puget Sound’s Samish Bay. The boost in protection includes coordinated inspections in the Samish Watershed and a $960,000 U.S. Environmental Protection Agency grant to Skagit County to locate, identify and remedy sources of fecal contamination.

High bacteria counts in the Bay have downgraded over 4,000 acres of shellfish beds. Scientists suspect the bacteria come from many sources, including livestock, wildlife, pets and humans.

These high bacteria counts are largely due to rainfall causing additional rural runoff into the Samish River which flows into Samish Bay. These types of conditions led the Washington State Department of Health to close Samish Bay shellfish beds a total of 63 days in 2010.

“Every bacterial source, regardless of where it is in the watershed, can hurt water quality,” said Tom Eaton, Director of EPA’s Washington Operations Office. “We need to focus on where we can make a difference: livestock, pets and human-generated pollution. We are working closely with the state, Skagit County, Skagit Conservation District and the tribes to fix this problem in Samish Bay.”

EPA’s contributions include compliance inspections; aerial over flights; reviewing county monitoring reports and field inspection notes; looking for animals with direct access to streams as well as direct discharges of manure or manure laden water to streams; identifying commercial or recreational facilities with inadequate buffers or fields with no vegetation. EPA will be relying on Skagit County to assess on-site sewage treatment systems which could also be part of the problem.

These actions are part of EPA’s ongoing efforts and investments to help cleanup and restore Puget Sound by 2020. From 2008-2010, EPA has awarded more than $90 million to state, tribal and federal organizations for the restoration and protection of Puget Sound. 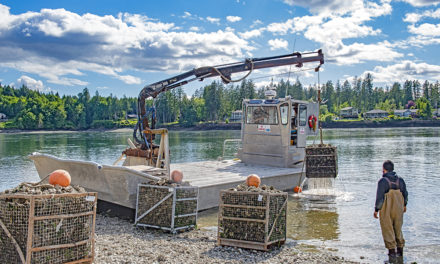 Young Salmon Counted As They Head To Sea 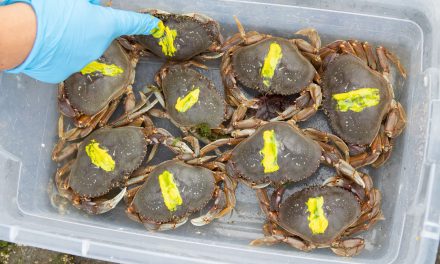