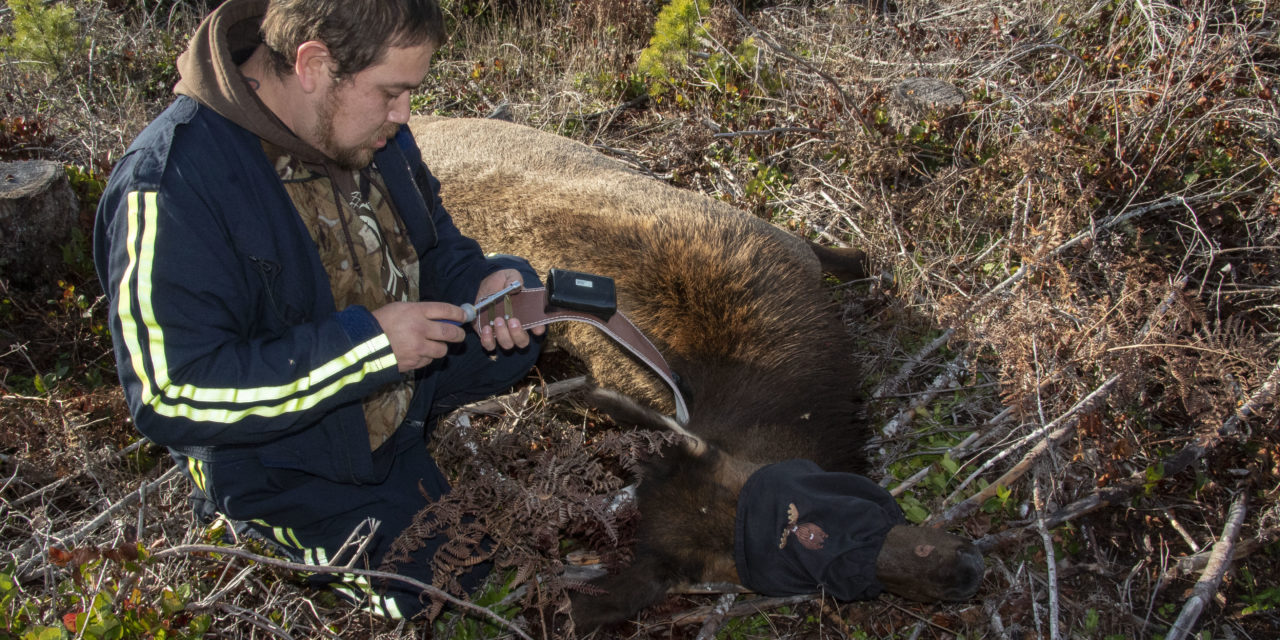 Roosevelt elk populations on the southern Olympic Peninsula have been stable to increasing for a decade.

The Skokomish Tribe started tracking 150 elk in 2008 and is now tracking about 300 elk across eight herds in the Skokomish Valley, Wynoochee and outlying areas of Matlock and McCleary, west of Shelton.

Studying the population growth, herd health and migration patterns involves putting GPS or VHF collars on at least one female elk in each herd.

Overall, the tribe is tracking nearly 20 collars throughout all the groups, with the goal to collar at least two elk in as many herds as possible, said Bethany Ackerman, the tribe’s wildlife management biologist.

“The GPS data gives us an idea of each herd’s home range and seasonal movements,” she said. “The VHF collars provide home range data too, but they mostly help with composition surveys.”

Composition surveys involve determining the ratios of bull to cow, calf to cow, and the total elk in a herd. The tribe also looks for limping elk, which could be a sign of hoof rot.

While the GPS collars take location points every four hours, the VHF signals are used by the tribe as marks for tracking the herd from the ground or the air.

“If we can see them, we can get composition data,” Ackerman said. “When we do composition flights, we use all collars as marks for a mark-recapture population estimate.”

Both collars also have a built-in mortality sensor, which lets the tribe know if an animal has died.

“Most herds have been pretty consistent in size,” Ackerman said. “The Skokomish Valley herd has grown a lot in the last 10 years. They’ve made a habit of spending most of their time on private agricultural land where they don’t get disturbed, so that is likely contributing to the growth.”

Skokomish Tribe wildlife technician Shane Miller adjusts a collar to put on a female elk. The collar tracks the movement of the elk and her herd. Photo: Tiffany Royal