“This document sets the stage for the tribes and Olympic National Park to work together toward our many shared interests and common goals,” said Jon Jarvis, Pacific West Regional Director for the National Park Service (NPS).

“When part of the Olympic Peninsula was designated as a national park in 1938, the United States recognized the value of protecting this remarkable area and the need to honor its treaty commitments to the tribes who had lived here for countless generations,” said Fawn Sharp, President of the Quinault Indian Nation (QIN). “This is our home. We know the mountains, rain, water, air, and all things that walk, swim, crawl, or grow roots. We take care of the land and it takes care of us. There is much work to be done. This MOU lays a solid foundation for tribal governments and the National Park Service to help shoulder the stewardship responsibility together.”

Recently, QIN received trees from ONP that fell across a road to use in engineered log jams in the upper Quinault River watershed. The QIN project is designed to stabilize the river outside ONP, improving spawning and rearing habitat for sockeye and other salmon.

“The tribes’ deep connections to the lands and waters within Olympic National Park span thousands of years,” said Karen Gustin, ONP Superintendent. “As an area newcomer, I look forward to using the principles established in this MOU to continue building a collaborative government-to-government relationship with each of the tribes.”

“The Skokomish Tribe is committed to working cooperatively with ONP, on a government-to-government basis, to protect, preserve and restore the natural resources of this region,” said Joseph Pavel, chairman of the Skokomish Tribe. “We are working together now through a joint effort to restore salmon to the upper North Fork Skokomish River, and we hope to continue to collaborate further in this important work.

“The partnerships that are being built both in this process and in our work regarding removal of the Elwha dams and bringing the salmon back has been gratifying,” said Frances Charles, chairman of the Lower Elwha Klallam Tribe. “It will continue to be important that we be informed when there are camps or artifacts found. Protecting all the resources on these lands and doing no harm is a joint concern. We’re grateful that the details of the government-to-government relationship make this partnership work and it will evolve as we listen to one another and move forward.”

The NPS and tribes have worked on a number of both small and large projects, some of them spanning many years. These include several ethnographic studies, cooperative work on cultural and natural resource preservation and protection, and restoration of the Elwha River fisheries and ecosystem.

During a roundtable discussion last summer in Ocean Shores, representatives of the tribes and the NPS decided to develop a formal MOU as an umbrella agreement to formalize and strengthen working relationships to care for the land and its resources. 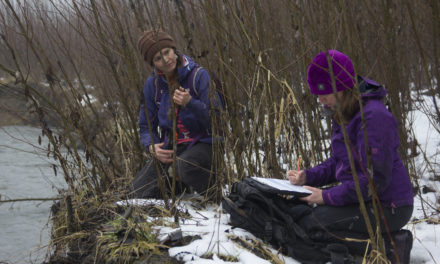